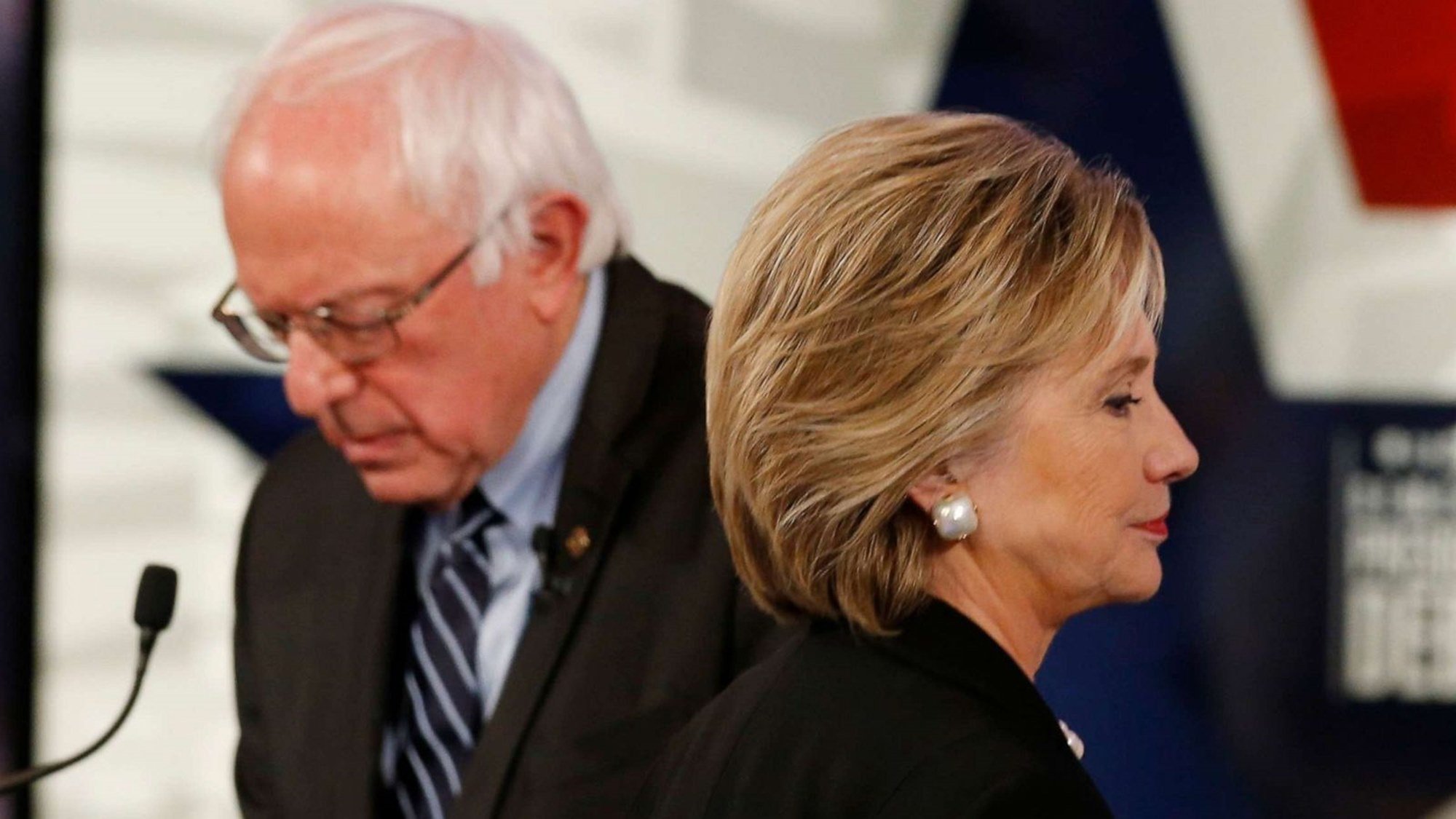 It is safe to say that former Secretary of State Hillary Clinton is not a big fan of Sen. Bernie Sanders.

The Independent senator from Vermont gave Clinton a serious run for her money during the 2016 Democratic primary for president.

And according to a new interview of Clinton that will be featured in her as-yet-unreleased Hulu documentary, Hillary, Sanders is a do-nothing politician who is not very likable.

Clinton destroyed Sanders’ Senate record by saying: “Honestly, Bernie just drove me crazy. He was in Congress for years. He had one senator support him [in the 2016 primary]. Nobody likes him. Nobody wants to work with him. He got nothing done. He was a career politician. He did not work until he was like 41, and then he got elected to something. It was all just baloney and I feel so bad that people got sucked into it.”

Asked if she would endorse Sanders, Clinton responded by: “I’m not going to go there yet. We’re still in a very vigorous primary season. I will say, however, that it’s not only him, it’s the culture around him. It’s his leadership team. It’s his prominent supporters. It’s his online Bernie Bros and their relentless attacks on lots of his competitors, particularly the women.”

Clinton was talking about the report that Sanders told Sen. Elizabeth Warren (Mass.) that he does not think a woman can become the president of the United States.

Clinton concluded by: “And I hope people are paying attention to that because it should be worrisome that he has permitted this culture — not only permitted, [he] seems to be very much supporting it.”

Sanders was asked about Clinton’s viral comments, and he brought up his wife saying: “On a good day, my wife likes me, so let’s clear the air on that one. Look, right now, today, I am dealing with impeachment. Secretary Clinton is entitled to her point of view. My job right now is focusing on the impeachment trial. My job today is to put together a team that can defeat the most dangerous president in the history of the United States of America.”

One fan reacted to the news by saying: “Girl, what? I’m female. I would love to have a female president in the office if she knows about her stuff and supports what she says she supports. I don’t want a fake candidate in the office who does things for the likes and approval of others. Hillary loves black people, yet it was the same one in a campaign against dr. King during the civil rights movement. Lol, people may learn and change within time, but I would prefer someone who’s always been about the rights of others, and fight for what we need.”

Sanders has urged his supporters not to attack Clinton.