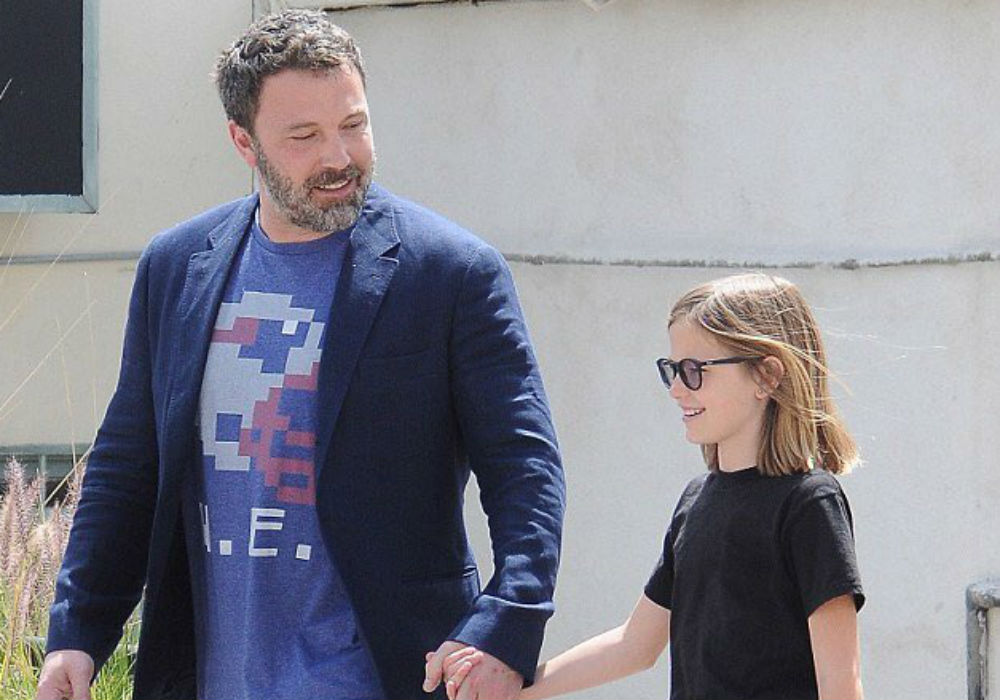 Ben Affleck won’t be outdone by his 14-year-old daughter, Violet! While promoting his new movie The Way Back during a visit to The Kelly Clarkson Show, Affleck revealed that he has a friendly competition going on with his oldest daughter because of her strong Spanish language skills.

The Oscar winner explained that he speaks Spanish “passively” after picking up parts of the language as a teenager when he was working on a TV show that was shot in Mexico. During his career, he’s also been known to do bilingual interviews during press junkets for his movies. But now, Violet is about to pass him up in Spanish fluency, and he can’t let that happen.

“She’s always been a very good student, and she’s been interested in Spanish, and so I would often help her,” Affleck explained. “Now, all of a sudden, she’s gotten into the grade where she’s, like, in the harder Spanish classes and she’s getting better. She’s right at the point where I think she might be passing me.”

The 47-year-old said that Violet is now critiquing his Spanish and telling him he “sounds ridiculous” when he doesn’t use proper tense.

“I was like, ‘Nope. This is not happening,’” joked Affleck. “I don’t mind that I can’t do your math homework when you’re 14 years old, but you are not going to be better at Spanish than me. So I’ve decided now I gotta take classes; I gotta do something to keep up.”

In addition to Violet, Affleck shares Seraphina, 11, and Samuel, 7, with his ex-wife Jennifer Garner.

Affleck has been opening up a lot lately about everything from his battle with alcoholism and his divorce from Garner to his relationships with his three children. Earlier this week, Affleck revealed that Adam Driver – who plays Star Wars villain Kylo Ren – helped make him a “hero” to his son Samuel after he sent some special gifts to the eight-year-old for his birthday.

The star-studded cast of #TheWayBack reunited at the premiere. See it only in theaters March 6.

Affleck got emotional on Jimmy Kimmel Live! when he explained that Driver had given Samuel a signed card and picture from Kylo Ren. He said that the gesture made him a hero to his son, and he will never forget that.

Ben Affleck added that it was a really good lesson about doing small gestures of kindness. For Driver, it was no big deal. But for Affleck, the gift meant the world to him.

The Way Back opens in theaters nationwide on March 6th.