Ben Affleck couldn’t hide his enthusiasm Sunday night after his girlfriend Lindsay Shookus won an Emmy for Outstanding Variety Sketch Series. When the Saturday Night Live producer took the stage with the rest of the cast and crew, an animated Affleck jumped to his feet and cheered for his new girlfriend without a care in the world.

Affleck and Shookus sat together at the event but did not walk the red carpet. The Justice League star also attended an HBO afterparty with Shookus, and was spotted sharing a drink with Jeff Garlin and Larry David from Curb Your Enthusiasm.

Shookus and her SNL team received 22 Emmy nominations, including a win for Kate McKinnon.

Ben Affleck is here at the #Emmys accompanying his girlfriend, who is part of the SNL team pic.twitter.com/EFsnWI9UEP

As far as Affleck is concerned, he offered his full support when Shookus took the stage. Apart from jumping up and cheering like a fangirl, the source revealed that Affleck and Shookus held hands and whispered to each other after the award presentation.

The pair went public with their romance back in July after fans spotted the two on various dates around London, New York and Los Angeles. At the time, an insider explained how Ben Affleck wasn’t purposefully flaunting his new relationship but was happy with how everything is going.

More recently, Affleck and Shookus attended a match at the U.S. Open men’s finals and weren’t shy about getting a little cozy.

Affleck has been going through a divorce with Jennifer Garner over the past several years. The actors share three kids together — Violent, Seraphina, and Sam — and finally finished their divorce after two years of living apart.

When it comes to Affleck’s romance with Shookus, a source claims that Garner has known about the relationship for some time and is completely fine with it.

In fact, the actress went on a Caribbean trip with Affleck over the 4th of July holiday, even though he was seeing Shookus at the time.

Based on what went down at the Emmy’s, it looks like Affleck’s relationship with Shookus is still going strong.

Ben Affleck has not officially commented on his reaction during the 69th Primetime Emmys Awards. 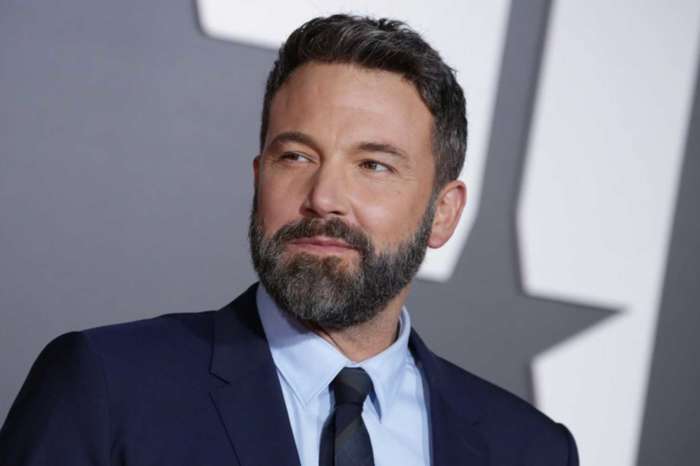 Emmy Nominee Shailene Woodley Says She Doesn't Own A TV; Is More Of "A Reader"