Ben Affleck And Ex-Girlfriend Lindsay Shookus Photographed Having Dinner Together Months After Split!

After being spotted hanging out together, fans of Ben Affleck and Lindsay Shookus believe the two might be getting back together! As you may remember, the actor and the Saturday Night Live producer put an end to their relationship six months ago.

Ben and Lindsay were seen enjoying some dinner but also each other’s company at Katsuya in Los Angeles last night.

The paparazzi caught them on camera entering the place separately.

Ben looked great in a light shirt, blue tie, a pair of dark pants and grey jacket while Lindsay wore a blue and white shirt, jeans, a bomber jacket and a pair of nude boots. 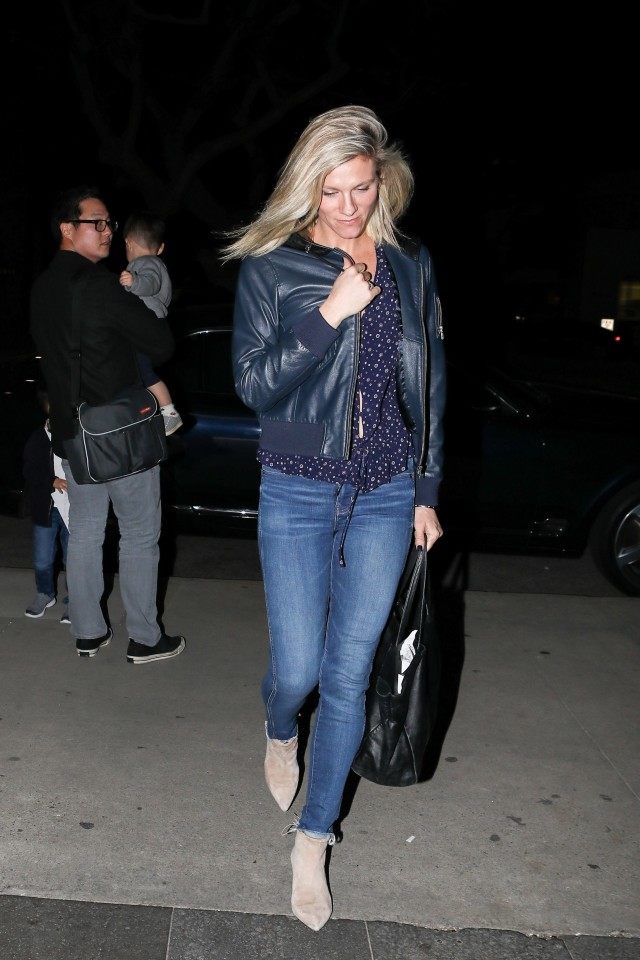 Their outing has given their shippers hope of reconciliation, especially since their dinner was not the only time they were seen together over the weekend.

Yesterday morning, Affleck and Shookus went to grab some Starbucks drinks as well.

But while it sounds like they might have spent the whole day together, since they were spotted in the morning as well as in the evening on the same day, that was not the case!

DailyMail reports that Affleck was actually at a wedding with his former wife, Jennifer Garner in between those two outings with the SNL producer.

He wore the same suit he would, later on, be seen at dinner with Lindsay in, and was accompanied by two of his and Jennifer’s kids – Violet, 13 and Samuel, 6.

The actor and the producer split back in August, right before Affleck went to rehab to treat his alcohol addiction.

Earlier this month, one insider shared with ET that after the breakup, they remained friends and that they ‘have been talking.’

But ‘Ben's main priority remains his family and his children,’ the source went on to mention.

Furthermore, another insider told the news outlet at the time of their split, that Shookus was really encouraging the actor to seek help.

‘Lindsay wanted Ben to go to rehab, but had trouble getting him there. He didn't want to be controlled and ended things with Lindsay.’

Do you think they should get back together?

Jennifer Lopez And Ben Affleck Pack The PDA During Outing With Their Kids Amid Reunion Reports!

Ne-Yo And His Wife's Amazing Reunion Story Is A Great Lesson For Jennifer Lopez And Ben Affleck!

Tiny Harris Is Celebrating The Birthday Of Her BFF