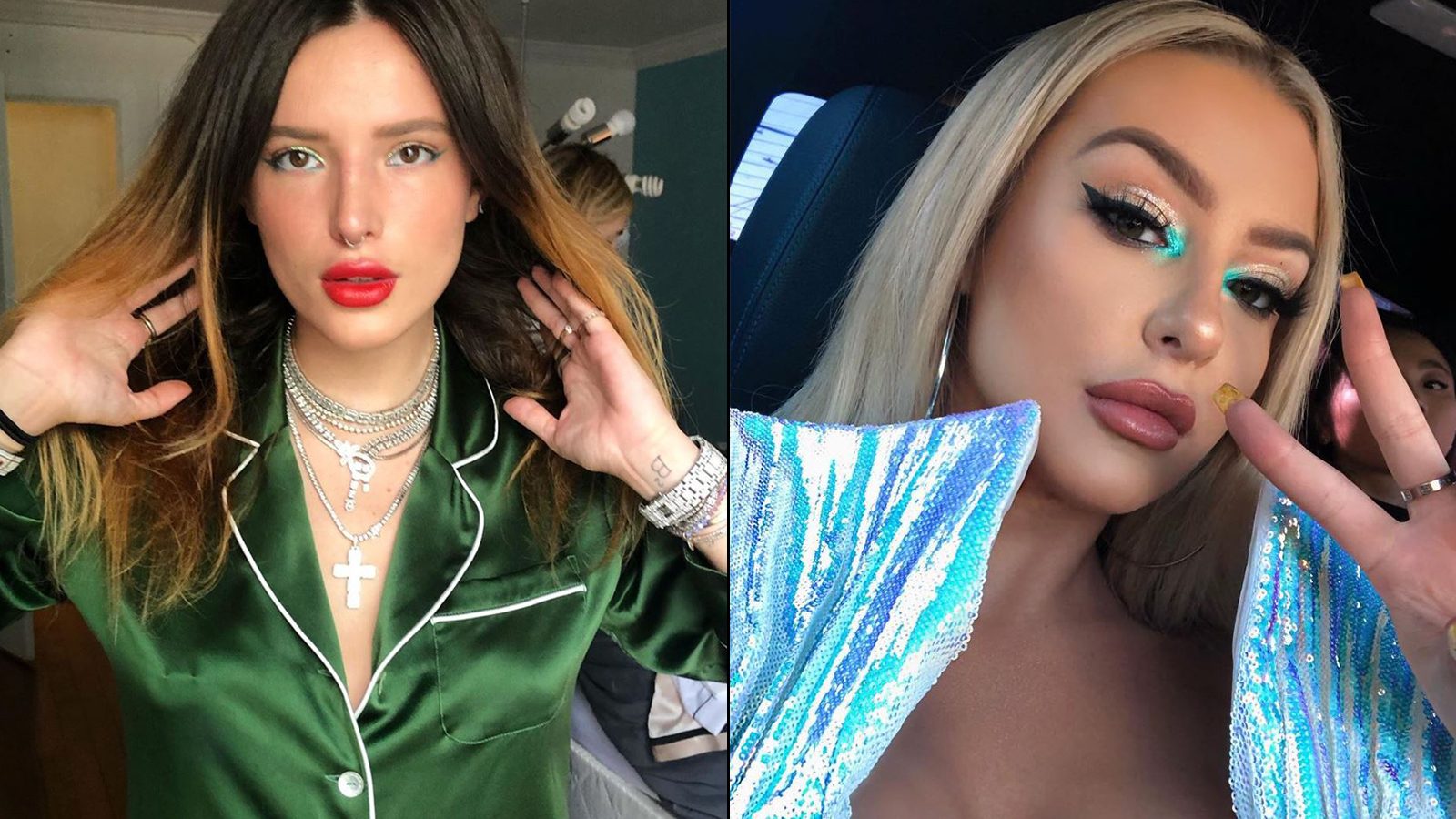 If you’ve been following Bella Thorne’s very public love life, you’d know that she is having her happy ending with Benjamin Mascolo. Before that, she was in a throuple with Tana Mongeau and Mod Sun that didn’t end well and the actress is calling out her ex-girlfriend for breaking girl code.

Bella, Tana, and Mod were all in one happy relationship until the former Disney star had an amicable breakup with the Youtube personality. Months later, she had a public falling out with Mod Sun that still makes headlines over the nasty exchanges that they participate in on Twitter.

Recently, photos have been circulating of Tana and Mod hanging out, prompting Thorne to call Jake Paul’s fiance out for betraying her.

Bella tweeted: ‘”Tana and I are no longer good. She broke girl code I’m over it.’

A confused Mongeau hit back with: ‘???? imagine taking every time ur mad at me to twitter but then telling ppl how much u care about me……………….. wtf is this b :/’

Bella then accused Tana of dating her for clout.

‘U legit started dating me for twitter.. how about u answer ur phone and talk to me instead of being on Twitter.’

An emotional Tana responded with: ‘dude what are you doing bella? like i have no idea why you’re mad. i’ve been texting you every minute since you tweeted, and for you to be tweeting me something as hurtful as saying I dated you for Twitter is literally f***** nuts & if you honestly think that d*** i lost you.’

It’s clear that although Bella has moved on, she may still have feelings for Mongeau. When Jake and Tana  announced that they were getting married, Bella posted a video of herself crying on her Finsta.

It’s been a hard year for the 21-year-old. Hopefully, it gets better soon.

Demi Lovato And Mod Sun Caught Hanging Out After Her Split – Insider Reveals Their Status!