Bella Thorne is sizzling in new photos where she is posing in a skimpy white bikini. The photos come after another bikini photo where the 22-year-old beauty announced she was joining Only Fans . Bella has explored her sexuality through her art form and this is the newest avenue that she has chosen to express herself. Speaking about her decision to join the x-rated site, Bella Thorne stated the following.

"Thank u @paper I’m excited to talk about the politics behind female body shaming & sex!!! With the amazing director sean baker who I’m proud to call my friend ❤️"

It's unclear how far she will go on the site, but Only Fans allows content creators to be more risque with their videos and posts than is allowed on mainstream social media platforms. Bella will sell access to her content for $20 per month and it appears that this will be a lucrative venture for the actress. Bella shared the announcement that she was joining the site with her 23.5 million Instagram followers. The announcement was well received and has more than 400,000 likes.

She made the announcement on her Instagram stories and wore a necklace that spelled out the word "sex." Bella has been outspoken on the subject in its various forms and has also spoken out about the sexual abuse that she suffered as a child.

Bella Thorne Earns $1 Million On Her First Day On OnlyFans 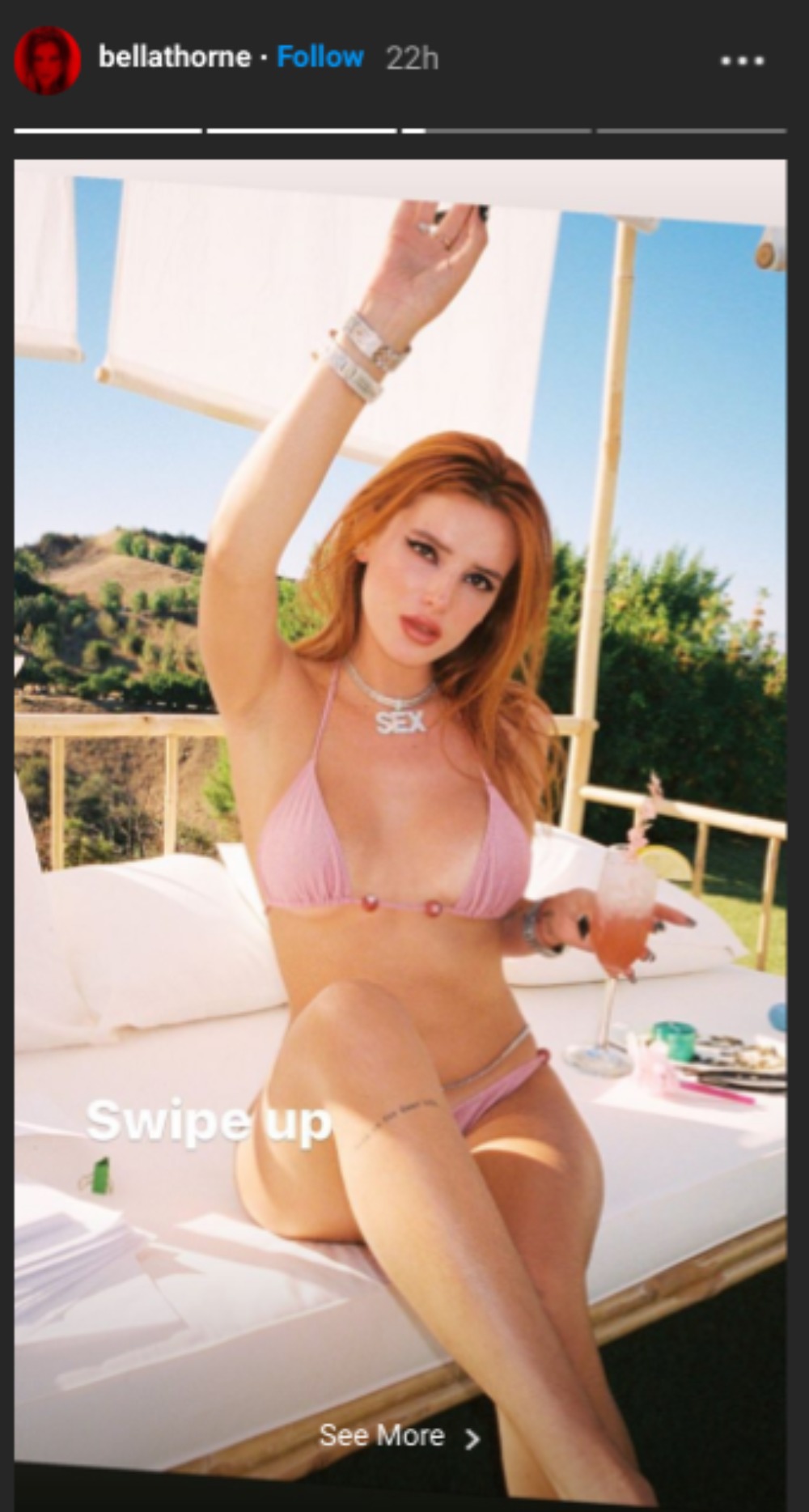 It doesn't seem that her boyfriend Benjamin Mascolo is worried about Bella being on Only Fans and he continues to show his love and affection to the red-haired bombshell.

Bella shared additional photos where she posed in a white bikini while dripping in diamonds and pearls. Bella tossed her head to the side and the wind swept her hair up and away from her face. She parted her lips and gave the camera a sultry stare as she flashed her jewels. Bella is a fan of pearls and often wears at least one string of them, even with her bathing suits.

You may see the photos that Bella Thorne posted below.

What do you think about Bella Thorne's photos? Are you going to subscribe to her Only Fans?

Bella Thorne Gifts Fiancé Benjamin Mascolo A Dimond Ring A Month After Engagement - Check It Out!

Bella Thorne Says She And Zendaya Were Constantly Pitted Against Each Other So It Took Them A While To Become Friends!

Madonna's daughter was criticized for taking part in the show