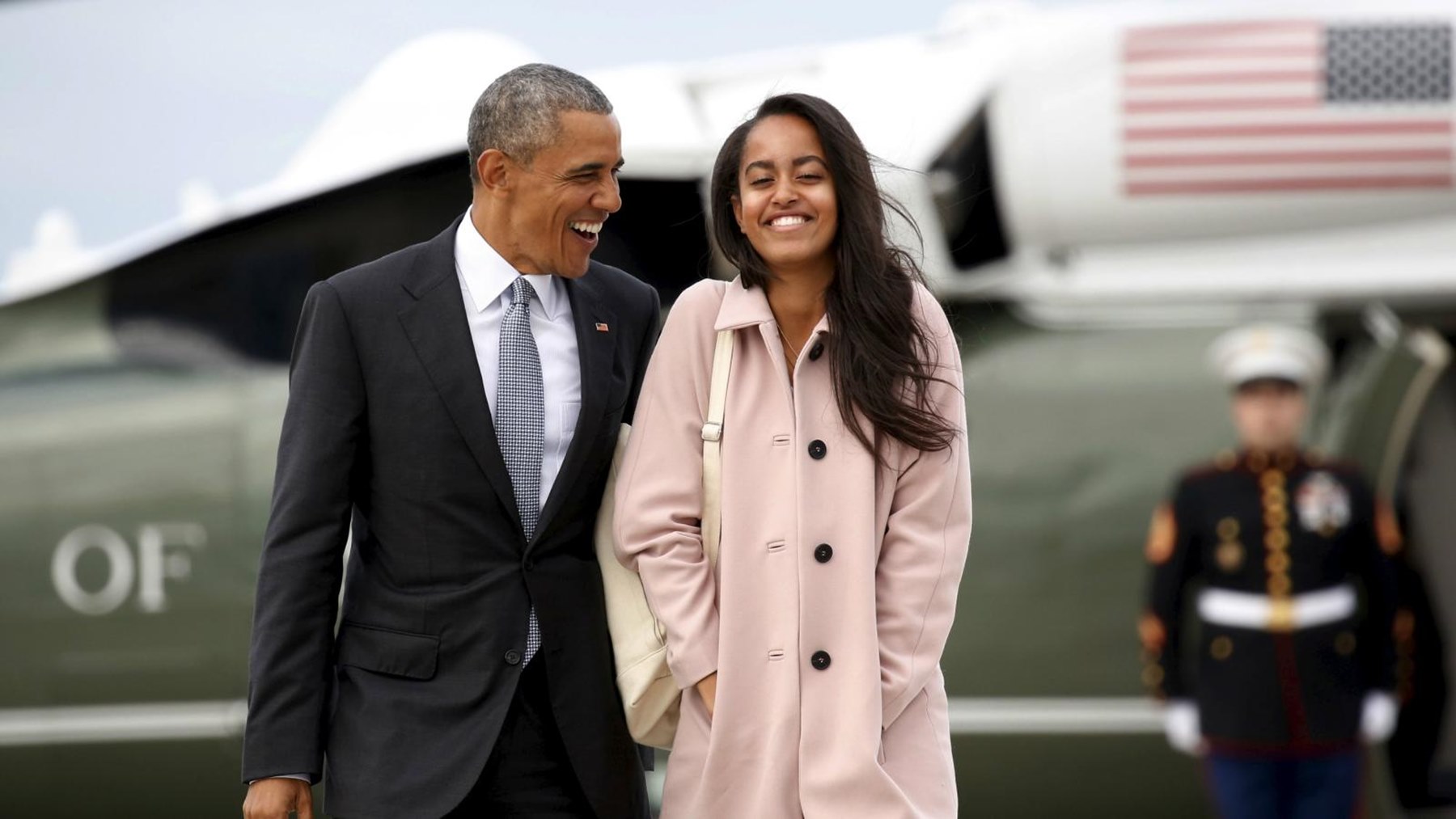 It appears that former President Barack Obama’s eldest daughter, Malia Obama, has really been enjoying being in London, as the former first daughter was seen recently taking a causal walk in the Islington neighborhood of the city in the company of her boyfriend, Rory Farquharson.

According to people, who spotted the couple, Malia and Rory were keeping a low profile, but looked really happy and relaxed together.

Reportedly, they did not want to attract attention, because Malia was dressed in pure white pants, a black jacket and her face was make-up free, while Rory wore a khaki coat and loose jeans.

#MaliaObama (Cancer ☀️ Scorpio 🌙) was spotted out with her boyfriend Rory Farquharson in London for the Christmas holiday. Beautiful girl. I think they make a cute couple 🤷‍♀️ What do you think? Can anyone guess Rory’s zodiac sign? He’s giving me 🔥 sign vibes “Malia Obama has spent the Christmas holidays in one of London's trendiest neighbourhoods with her millionaire British boyfriend, Rory Farquharson, MailOnline can reveal. The eldest daughter of former U.S president Barack Obama has been enjoying the bars and restaurants of Islington, where her lover's parents have a £1.8million house. They have both recently been spotted strolling happily around the neighbourhood without the need for too much security. The couple – both aged 21 – are thought to be in the capital for a few days before heading home to Harvard University where they are both students. One onlooker saw Malia and Rory taking a brisk afternoon walk with friends on Monday close to the Duke of Cambridge pub in north London. The woman, who asked not to be named, told MailOnline, said: 'They were keeping a low profile but looked really happy and relaxed together. 'They were dressed down – Malia was in wide-leg white pants with a black jacket and had her hair down with no make-up. Rory was in a khaki coat and loose jeans. 'What surprised me was that they were rambling around Islington, a pretty busy area, entirely incognito – few people recognized her as being the daughter to the previous American president. 'I spotted them walking near to the Regent's Canal. They were walking casually with another couple. 'Malia was chatting about school with the other girl and Rory was chatting to the other guy. 'They stopped close to the Duke of Cambridge pub at about 3pm. It was getting a bit colder and looked as though it was about to rain so I think they were deciding on where to go next. 'The other girl seemed to be getting to know Malia, although the boys seemed to be friends already. Malia was talking to her fairly intensely and seemed like a very typical American college-age student – kind of intense, a bit angsty, wanting to be taken seriously, but nice. 'They appeared to have no security

The pair was walking casually incognito in the busy neighborhood of the British capital. Although not many people could recognize them, there was still reportedly some security with them, as an anonymous man was following them inconspicuously.

The two of them have been reportedly going out for about two years and are both Harvard students.

Although Malia and Rory are the same age, 21, he is expected to graduate from the prestigious university one year earlier, because she preferred to take a gap year before starting with university.

The first news of the young people being involved came out when the two of them were seen attending a Harvard vs. Yale game back in 2017, and it seems that since then, their relationship has only gotten stronger.

Recently it was reported that Malia even spent a large portion of her Christmas break in London, where she was a guest at Rory’s $2.4 million six-bedroom home in Woodbridge.

In a recent interview with Duchess Meghan of Sussex, Michelle Obama talked about her daughters, Malia and Sasha, by saying: “In some ways, Malia and Sasha couldn’t be more different. One speaks freely, and often, one opens up on her own terms. One shares her innermost feelings, the other is content to let you figure it out. Neither approach is better or worse because they’ve both grown into smart, compassionate, and independent young women, fully capable of paving their paths.”

She added: “As a younger woman, I spent too much time worrying that I wasn’t achieving enough, or I was straying too far from what I thought was the prescribed path. What I hope my daughters will realize a little earlier is that there is no prescribed path, that it’s OK to swerve, and that the confidence they need to recognize that will come with time.”

It seems that things are getting serious for the young couple.

Michelle Obama Speaks About The Importance Of Voting