Malia Obama is not among the long list of women who lived through nightmares while working with disgraced media mogul Harvey Weinstein.

On Tuesday night, both of Malia’s parents — Michelle and Barack Obama — issued a lengthy statement to let the world know exactly how they feel about the rape and assault accusations against Mr. Weinstein.

More than two dozen women including actresses, models, and reporters from the United States and Europe have come forward with personal stories about Weinstein.

Some of the women said he forced himself on them; others claimed he begged them to watch him take showers, and a few said he made indecent proposals in return of an acting gig.

A source close to the Obamas spoke to Page Six TV and confirmed that While Malia was an intern at Harvey Weinstein‘s company in New York, he did not do or say anything inappropriate to her.

The insider said that “the film producer was on his best behavior” around Malia.

The former first daughter worked for Weinstein for several weeks in the spring where she was asked to read through scripts and picked the best ones to be turned into movies.

In their statement, the Obamas said their former friend should be held responsible for his actions and added: “Michelle and I have been disgusted by the recent reports of Harvey Weinstein. Any man who demeans and degrades women in such fashion needs to be condemned and held accountable, regardless of wealth or status.”

The statement continued by praising all the victims who are speaking around.

The couple explained: “We should celebrate the courage of women who have come forward to tell these painful stories. And we all need to build a culture, including by empowering our girls and teaching our boys decency and respect, so we can make such behavior less prevalent in the future.- President Obama and Mrs. Obama”

In a recent speech, President Obama said he is teaching his daughters to be strong leaders and added: “They will choose to participate in different ways because they have got different temperaments, different strengths. You do not have to go out and lead the protest march; you can be children or working at a local health clinic that will make a difference.”

The former president and first lady were once close to Weinstein who gave several thousand of dollars to Mr. Obama’s presidential campaigns.

Many want them to give back the money like Hillary Clinton was forced to do. 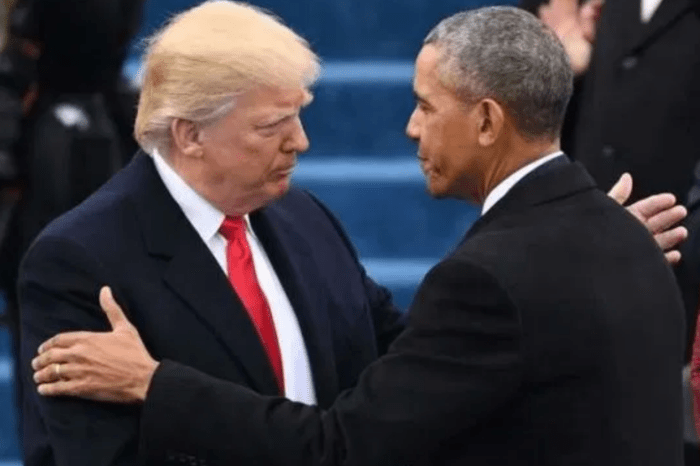