Call Chelsea Clinton and Ivanka Trump because Malia Obama is being attacked by fake news again.

This time around, a conservative website published an odd piece that has been debunked.

It claimed that Oprah Winfrey did a lengthy interview with People Magazine and she supposedly shared her thoughts on the viral video where Malia is smoking and blowing rings.

According to the piece, Oprah is very furious by what she saw.

The TV mogul is reportedly so angry and disappointed by Malia’s actions that she plans to cut ties with both Michelle and Barack.

In the fake piece that has gone viral on social media, Oprah allegedly said that she watched Malia and Sasha grow up in front of her eyes and she was shocked to see one of the sisters smoking marijuana.

The faux article went on to say that while the actress and television host plans to distance herself from the former first couple, she is not blaming them for some of the unwise decisions that the 19-year-old future filmmaker has been making.

The media outlet shared the following quote allegedly from Oprah that read: “I love her father but what Malia has been doing lately is just sad.”

Oprah supposedly went on to reveal: “I saw that video of her blowing marijuana smoke rings in her dorm’s bathroom – you know she is getting kicked out of her dorm? – and that other one of her smoking a joint at the music festival and I wonder what her parents did wrong. I love those girls, I’ve had them and their parents over for dinner, but Malia is becoming a woman I can’t be around.”

Barack and Michelle’s daughter, Malia, was also pictured recently making out with British college student and athlete Rory Farquharson before the Harvard-Yale football game. The pictures were splashed all over the news.

And many celebrities including Chelsea and Ivanka stepped up to say that they should let Malia live her life because she is a teenager and she is allowed to have various experiences as a college student.

The former best friends told reporters and other people to respect Malia’s privacy.

Trump tweeted: “Malia Obama should be allowed the same privacy as her school-aged peers. She is a young adult and private citizen, and should be OFF limits.”

Clinton later added: “Malia Obama’s private life, as a young woman, a college student, a private citizen, should not be your clickbait. Be better.”

The former senator from Illinois, who has been commenting on everything including Prince Harry and Meghan Markle’s wedding, has yet to say something about the controversy surrounding his oldest daughter. 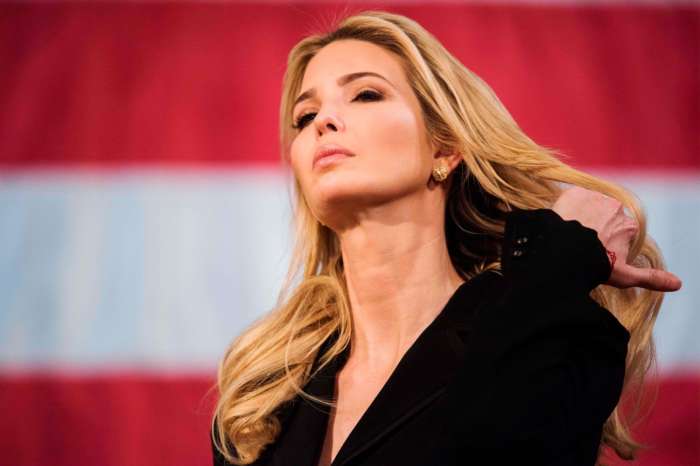