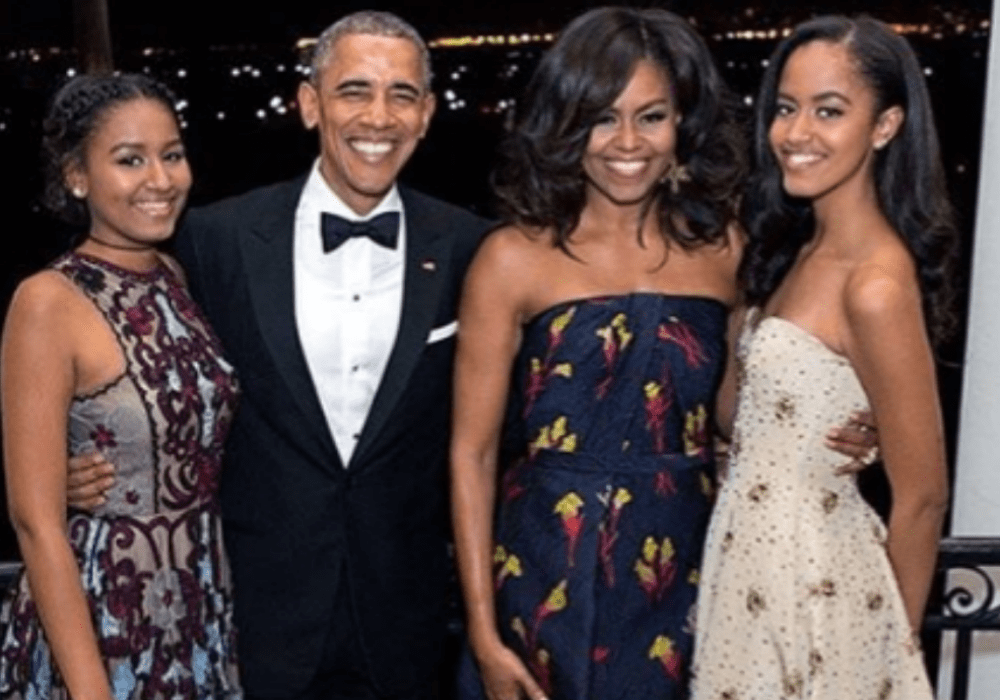 On February 14, 2019, former president Barack Obama and Michelle exchanged sweet messages of love on Valentine’s Day. Their messages went viral and resonated with the public. It didn’t take long before social media users noticed that President Donald Trump and Melania hadn’t exchanged any Valentine’s Day greetings. The absence has caused some to remark that trouble continues to brew between the first couple.

Michelle Obama shared two photos on Instagram, the first showed Barack and Michelle with each of their daughters seated by their side. The couple married on Oct. 3, 1992, and will celebrate their 27th anniversary this year. The couple’s love and adoration for each other is well known, and today, many people remark that Barack Obama is one of the few presidents who never had a sex scandal before, during or after his time in office.

The Obamas’ love was documented in the film Southside With You.

The photos shared showing a young Sasha and Malia and an updated photo with Michelle Obama have gone viral with more than 1 million likes.

“So lucky to call these three my valentines for all these years. “

So lucky to call these three my valentines for all these years. 💕

Former President Barack Obama tweeted the following picture of Michelle with the caption below.

“Happy Valentine’s Day to the extraordinarily smart, beautiful, funny, one and only @MichelleObama. It’s true; she does get down to Motown.”

Happy Valentine’s Day to the extraordinarily smart, beautiful, funny, one and only @MichelleObama. It’s true; she does get down to Motown.

As the Obamas publicly shared their love with the world on Valentine’s Day, it became evident that the Trumps had not freely expressed their love for one another in a similar manner.

What do you think about Melania’s and President Trump’s lack of public affection for each other? Do you admire the way the Obamas continually show how much they love each other with the world?

On January 22, 2019, President Donald Trump and First Lady Melania Trump celebrated their 14th wedding anniversary. Neither of them mentioned it on social media.

#Lilwayneisoverparty Trends After He Endorses Trump And The Platinum Plan