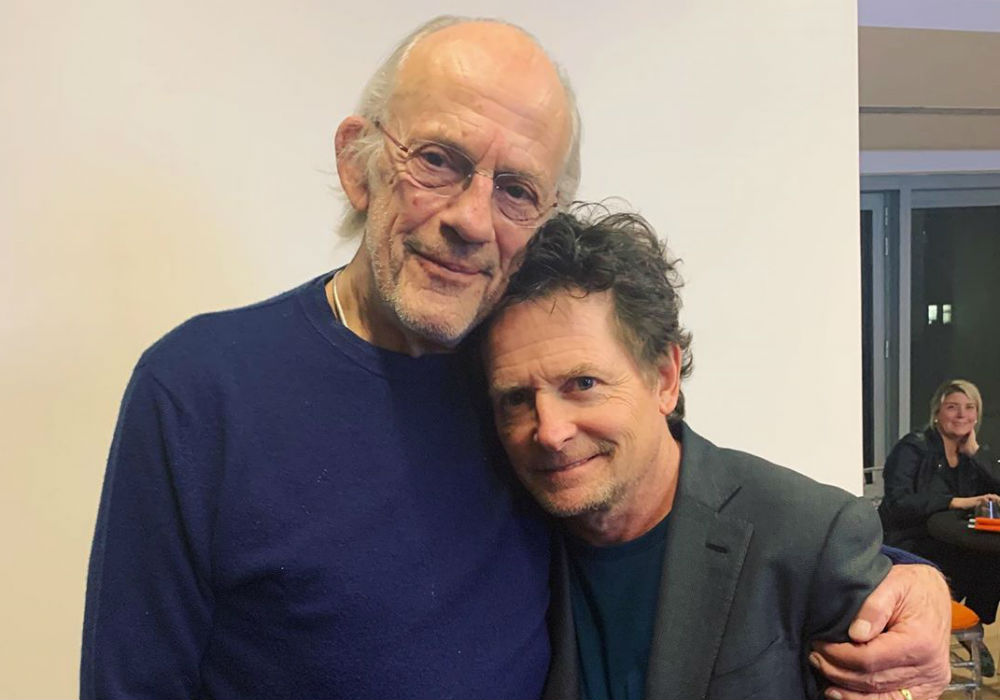 More than thirty years after the Back to The Future trilogy was in theaters, stars from the beloved movies reunited for a charity poker event. The reunion included the two main characters from the franchise, Michael J. Fox (Marty McFly) and Christopher Lloyd (Doc Brown).

Fox and Lloyd came together to play in the annual Texas Hold ‘Em poker tournament that benefits the Michael J. Fox Foundation for Parkinson’s Research. As fans know, Fox was diagnosed with the disease two decades ago, and he has been a vocal advocate for research to find a cure.

Both Fox and Lloyd posted pics on Instagram to commemorate the event, and it appeared like they hadn’t missed a beat even though they haven’t shared the screen in three decades. The photos also sparked some hope that the duo could come together for Back To The Future 4, even though the chances are slim.

Last year, Fox and Lloyd joined some of their other BTTF co-stars – Lea Thompson (Lorraine Baines-McFly), James Tolkan (Principal Strickland), and Thomas F. Wilson (Biff Tannen) – for a “Hill Valley Reunion” at both the Calgary Comic & Entertainment Expo and a Dallas Fan Expo, which also resulted in some epic photos.

According to The Blast, Lloyd has made it clear in past interviews that he has no interest in doing another movie. However, he was on board with the idea of a crossover with the animated characters Doc and Marty inspired: Rick and Morty.

Lloyd believes that the idea of crossing over the four characters is “fascinating,” but admits that it’s “really way out there.” However, he thinks a good writer could have some fun with the idea.

There has also been talk of a reboot of the Back to the Future with new actors, possibly Tom Holland and Robert Downey Jr. However, that project doesn’t seem to have made it past the idea stage, either.

Michael J. Fox And Tracy Pollan Open Up About Their Family Dynamic – How Do They Remain Connected To The Kids?