Tamika Scott is under fire over a recent video that she shared where she is dancing with baby Heiress Harris.

At first glance, the clip shows an innocent moment between the Xscape diva and baby Heiress who is the youngest child of power couple Tameka “Tiny” Harris and husband, rapper T.I.

She captioned the clip: “Caught me and Baby Heiress harris turning up in Tiny’s dressing room before the show. She is too adorable.”

LaTocha Scott, her sister, Tamika Scott, Tiny, and Kandi Burruss are currently on the Great Xscape Tour, and Heiress is accompanying her mother.

Tamika is goofing around and playing with the little girl that is until a song starts playing in the background.

While she assumed that it was merely a fun game, the singer decided to teach Heiress couple of dance moves. She decided to twerk, drop it low, and shake her famous booty.

Children are like sponges, they pick up everything they see, so it was not that surprising that little Heiress decided to mimic all the dance moves that auntie Tamika was doing.

Despite her tiny legs, Heiress attempted in vain to perform the moves that the singer just taught her. Heiress’ mom also appears in the clip.

Tiny is in a makeup chair, and she is rooting for her adorable baby girl, who brought so much joy and laughter to the room.

The clip quickly went viral, and the comments are unanimous — Tamika was wrong to show a child so young those moves and gestures that many deemed as inappropriate or even scandalous.

Most commenters point to the fact that T.I. is a doting papa bear who is very protective of his daughters and will therefore not approve Tamika’s behavior.

Not too long ago, T.I. had a massive and public fight with Tiny who shared what she saw was a cute video of Heiress in a bathtub.

The father of six was quick to tell his wife to remove the clip and to stop showing his daughter on social media.

Tiny responded to her husband, and the pair had a lengthy back and forth about who has the best parental skills.

One supporter of the rapper said: “T.I. is going to be mad about this…. Smh, her dad, is going to backhand all their [email protected] .”

Another wrote: “TIP done said some word with 18 letters to tell they [email protected] off.Omg! The bad influence auntie Tamika. Don’t teach the baby that. Ok no babysitting for her.lol”

A third commenter shared: “Why don’t they teach her to dance like long, lean human beings instead of short dumpy primates?? T.I. is going to close this whole thing down. She is too young.”

Do you think Tamika was wrong to dance the way she did in front of the child? 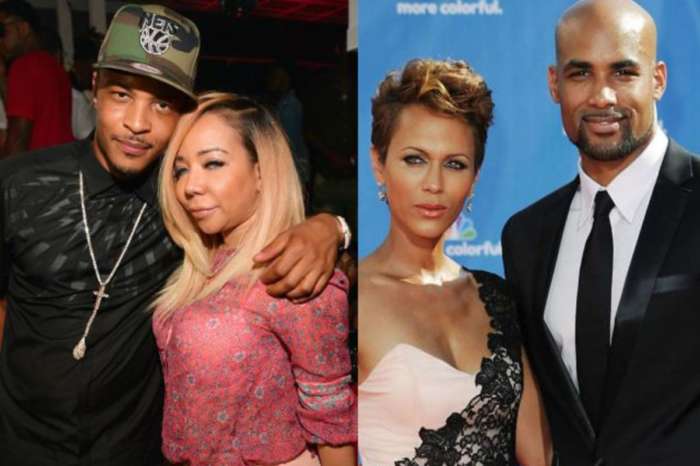 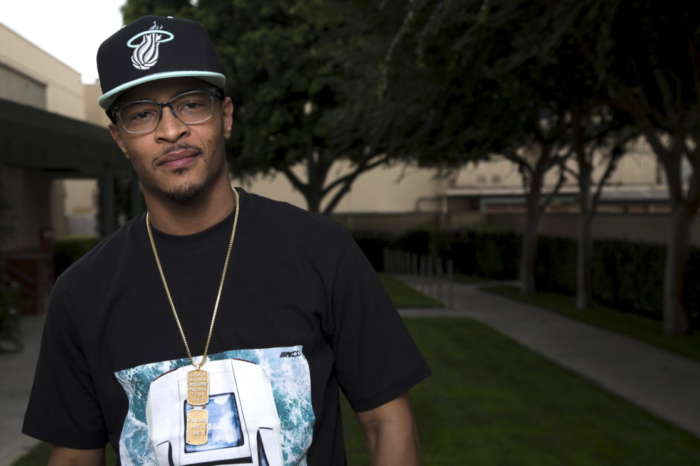 Cardi B Confirms That Offset Cheated On Her After Rapper's ICloud Gets Hacked -- Video Shows Migos Member With Naked Woman Just A Month Before He Proposed!

I really don’t understand what’s all the negativity is about due to the kid not doing that much moving. We all have played a moment where we admired our kids dancing but since she is an celebrity, they expect her to behave a certain way. Man go somewhere with that nonsense. I understand the dad’s theory because that is baby grand men cherish their lil princesses but it’s not that serious.

Well I was right, can turn hs into housewives. This is just the beginning of another young female turning into like the rest of the family. Apple don’t fall far from the tree. That’s why he cheats he wants a real woman. What woman wants her daughter dancing nasty, only woman who want they daughters to grow up like them . He married her cuz he knew he could do whatever he wants and he do. These some dumb hs, a baby won’t save your relationship

It is her child and now days people doesnt want to be told of their poor decisions they make or allowed to be showed to their children. Which she is raising not us. So be it. We probably all have done it. And realize it was a mistake in what we allow our children to see to believe in and so on.

It’s ok to teach your children how to dance. We all learn how to dance from our mom and dad, sisters brothers etc… We learn the dances that was in at that time 60s 70s 80s 90s now 2017 whats ever dance was in we learn. It’s not like she teaching her how to smoke cigarettes r weed it’s just a dance and she’s not dropping it that low. DAME

I totally agree with you