Baby Heiress, Deyjah Harris, And Zonnique Pullins Got Some Very Sweet Notes From T.I. On Christmas

Daughters are precious, according to T.I. Which is why Tiny Harris’ husband has taken to social media where he penned three beautiful and emotional notes to his precious girls whom he affectionately calls his babies.

Via social media, T.I. shared three lovely pictures of his daughters — Heiress, Deyjah Harris, and Zonnique Pullins. He wrote three different messages to each of them.

And every single touching word written by the actor and MC will melt your heart.

He started off with baby Heiress who is capable of lighting any room with sweet actions and words.

In the caption, he revealed her nickname and went on to say that she is one of the most precious gifts he has ever received in life.

Missing my lil scoota-poot? Love u to no end!!!!

Next up is his 16-year-old daughter, Deyjah.

The high school student has become an Internet sensation and model, which is why it is not that surprising he picked a photo where she is modeling activewear for a well-known brand.

T.I. said that Deyjah was his heart and soul and she was very special to him since the day she was born.

Aware that his daughter has blossomed into a beautiful young woman, T.I. sent out a warning to all the guys who might want to date her and break her heart.

He stated that anyone who messes with his little girl will have to deal with him and he is willing to go to jail for her.

That sentence should not be taken lightly because T.I. has been in jail already.

He unveiled a picture of Zonnique, 21, backstage at the Great Xscape Tour.

She's had my heart ❤️???? For a loooong time now!!! Love you baby girl. #DaddysBaby #AndImGonGoToPrisonAboutHerToo

The singer-songwriter and dancer has been touring with her mother for the past three months.

T.I. told her that he is very proud of her, and went on to say that, she stole his heart when he met her.

The hip-hop music star has cared and loved Zonnique like his own since she was about five years old.

I'm so proud of my baby. My whole ❤️ in human form. #andimgongotoprisonabouthertoo

Fans of T.I. praised him for being such a wonderful human being.

One of them said: “Yall did a great job raising your kids they are all growing into such wonderfully amazing adults.She is not a baby no more. So beautiful. You gon have to keep that choppa for her bro. She’s beyond gorgeous and not even done blossoming yet.”

Another commenter stated: “Must be nice, neither my real father nor stepfather feels this way about me! Not complaining, my son loves me ten times more than any man ever can… God bless the men like you, @troubleman31 I only hope to find someone to love my child as much as you love your children!”

“Tip..your character and your heart is beyond amazing. I love the love u have for your kids,” a third person wrote. 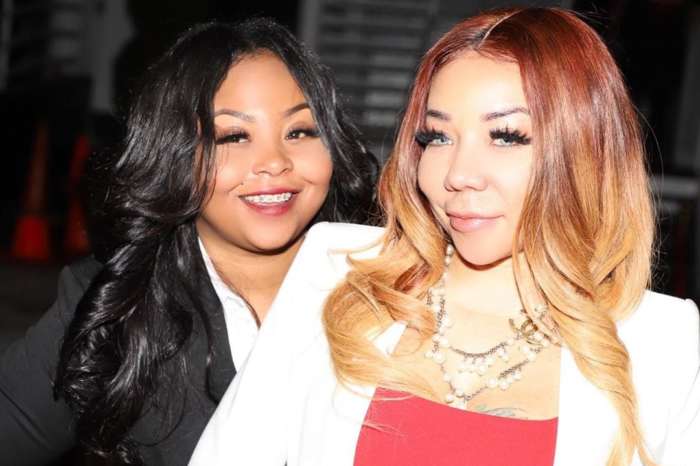 RHOBH Celeb Kyle Richards' House Broken Into - Over $1 Million Worth Of Jewelry Stolen!

Say what u will or may about TI, but this man appears to be an outstanding father! Kudos….we need more stand up guys like this!

Ant nutn like a daddy’s love for his girls they always have daddy’s ❤ I was a daddy’s girl may my dad rest in piece he raised me to be a beautiful woman.wit mom in and out my life.