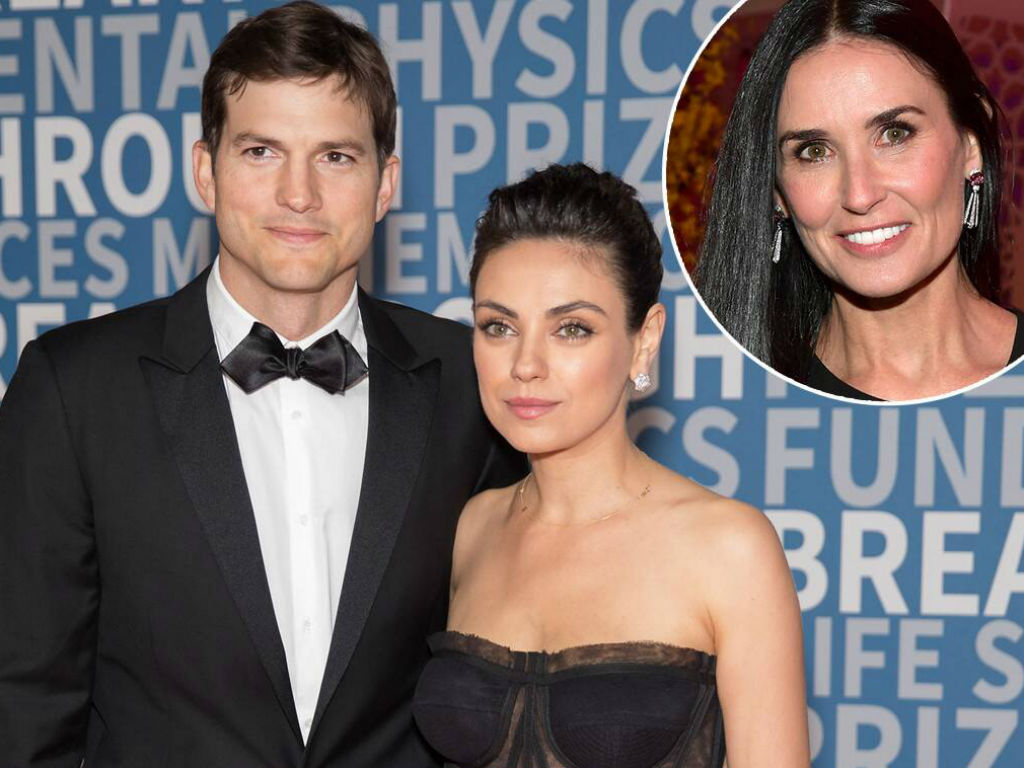 Ashton Kutcher is dishing date nights with Mila Kunis after Demi Moore’s memoir paints the actor in a bad light.

There has been a lot of Kutcher’s dirty laundry aired in the past week thanks to Moore’s book Inside Out. The Ranch star and his wife have chosen to remain silent as the spotlight shined on Kutcher’s bad behavior while married to Moore.

Although they haven’t responded to the book, Kutcher did share a Tweet this week that was seemingly directed at his ex-wife.

“I was about to push the button on a really snarky tweet. Then I saw my son, daughter, and wife and I deleted it,” the 41-year-old said.

On Friday, Kutcher appeared on First We Feast’s Hot Ones, where celebrities have to answer questions while eating hot wings.

“My wife and I, we go on a date every Wednesday, we have date night,” he revealed.

Some of their night outs nights include dinner, taking in an LA Dodgers came and making a cameo on The Bachelorette. Kunis and Kutcher are both avid fans of the ABC reality TV show and got the opportunity to appear on Rachel Lindsay’s season.

“I’m like the biggest Bachelor fan in the world. I love that show. I think Bachelor in Paradise is unbelievable. We love this show. We watch it all the time. We actually just wanted to come to watch them tape, but they were like, ‘Hey can you come on?” the That 70’s Show alum shared.

It was a pretty intense episode that prompted the father of two to give a shout out to his lady love.

“Oh Mila Kunis, I love you. If I don’t make it out of this, honey, take care of the children,” Kutcher to his wife.

Ashton Kutcher’s private life has been thrust into the spotlight this week thanks to Demi Moore’s tell-all book. It doesn’t exactly paint him in the best light but a source close to E! News shares the couple moving past the drama.

Mila Kunis knows her husband was a different man at that point in his life. The source shares the Bad Moms actress is standing by him and the happy life they have built together.

Their lives are a 180 from the life Kutcher had with Moore. Both he and Kunis are perfectly happy with their family and work hard to keep a low profile away from the Hollywood spotlight.

T.I. Finally Explains Why He Looked Angry And Disgusted In This Photo With Tiny Harris Sitting By Him While In Church