For Ashley Martson from 90 Day Fiance, Christmas was not the perfect, magical day she had hoped. Instead, the reality TV star spent the holiday in the hospital!

As fans know, Ashley took to social media back in November to reveal on Instagram that she has lupus and yesterday, on Christmas day, she shared videos from a hospital bed after apparently suffering a flare of the autoimmune disease.

Furthermore, her hubby, Jay Smith also shared with his followers a pic of him beside her hospital bed.

This health update comes not too long after they sparked rumors that they had broken up as they deleted all of their pics together on the platform.

Martson kept posting about her hospital stay and revealed that she was put on a liquid diet for a couple of days, reason for which she was really craving some comfort food.

‘I want food, not broth. Can somebody sneak me wings and cheese fries?’ she wrote yesterday.

This morning the woman told her followers that she was ‘Still here but starting to feel a bit better.’

In the caption of a pic featuring her hooked up to an IV, she wrote: ‘#lupussucks.’ 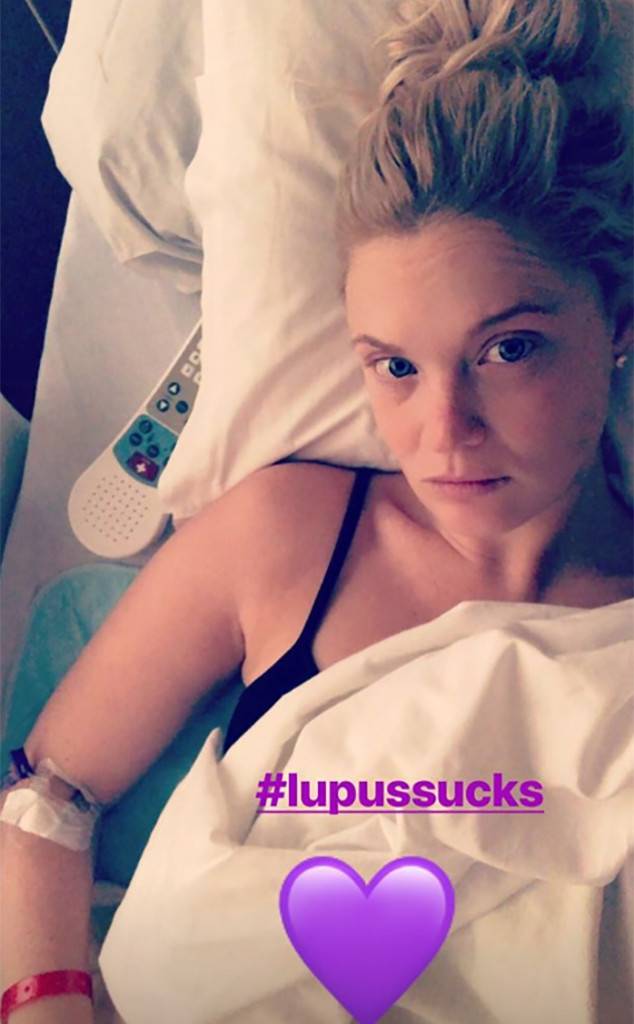 ‘If I could ask Santa for one gift it would be Good health. Being admitted on Christmas Eve and missing the Christmas morning with my kids is the worst. My strength's beginning to run out but I know God's strength will pull me through,’ Martson also said.

Lupus in itself does not necessarily have any symptoms and it does not always mean hospitalization.

However, flares, that can occur more often or as rarely as once every few years or even decades are very dangerous.

Kehlani Says Her Baby Daddy Was ‘Super Supportive’ When She Came Out!

Josh Duhamel Slams Netflix Over The Cancellation Of 'Jupiter's Legacy'

Kailyn Lowry Says Chris Lopez ‘Mumbled’ All Throughout His Episode On Her Podcast And She Was 'Unable' To Air It!

Kourtney Kardashian, Scott Disick, And Sofia Richie Vacation Together In Mexico And 'KUWK' Cameras Caught All The Drama

KUWTK: Kylie Jenner Recalls A Guy Made Her Feel ‘Unkissable’ Before Getting Lip Fillers!