Ashley Graham is making headlines after sharing a photo where she showed off her underarm hair. The picture was part of a slideshow that Ashley shared with her 11.7 million Instagram followers and comes after Ashley celebrated her 33rd birthday on October 30, 2020. Known for her boldness in showing her curves and taking a natural approach to social media, Ashley frequently shared unedited and unretouched photos of herself, including her imperfections such as stretch marks. Now, Ashely is showing off her underarm hair and fans are commenting on the new pics.

The photo slideshow was in honor of Ashely's birthday and she also used the pictures to encourage her followers to vote. The 2020 election is heating up and Ashley has used her voice and public platform to encourage people to cast their votes.

Ashley has been married to photographer Justin Irvin for ten years and the couple welcomed their first child, Isaac Ervin in January 2020. In addition to sharing her body-positive photos, Ashley is also a proud supporter of breastfeeding. She often shares photos and videos of herself breastfeeding baby Isaac. 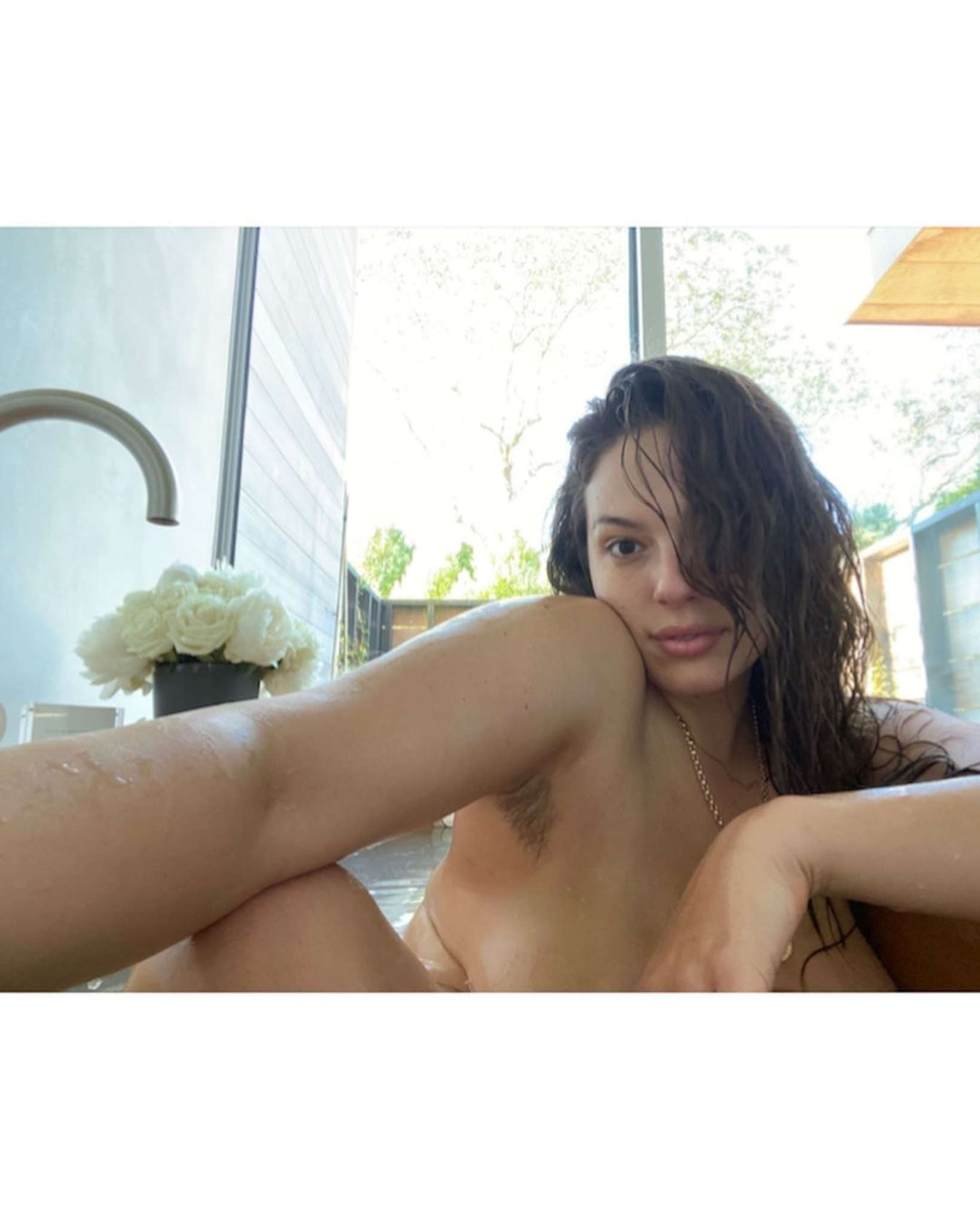 Ashley remains one of the world's most popular models and she has taken her message about body positivity to the masses. She has shown her cellulite, bared her body, taken her fans with her on her journey from when she sparked controversy from Victoria's Secret due to her Lane Bryant ads that ran during American Idol, to becoming one of the world's most popular influencers.

It's unknown if Ashley has always grown underarm hair, if she's been too busy mothering to shave, or if she was simply making a statement but the picture spoke volumes to her fans. Some even referred to the photo as "quarantine pits."

What do you think about Ashley Graham 's slideshow and her bathtub selfie? Were you surprised to see the model with underarm hair?