Oh no! That looks like it was really painful! Supermodel Ashley Graham, unfortunately, experienced a pretty nasty fall while at Miss Universe yesterday.

The woman, who co-hosted the event alongside Steve Harvey, Lu Sierra and Carson Kressley, took to social media to share with her many followers some footage of her injuries as she was getting treated.

Apparently, the 31 year old model fell down the stairs during one of the show’s commercial breaks.

While backstage at the Bangkok, Thailand event, Graham said: ‘OK, so I am doing some quick as* changes, you guys, and then, of course, I fell down the stairs and I have got the medics on me. I am OK, but I just wanted to let you know what I am doing. I am going really fast.’

As she panned the camera to the medical specialists treating her leg, it could be seen that it was really red and bruised from the nasty fall.

In a second video she also shared on her Instagram Stories, she added: ‘Thank you. In fact, it looks worse than it feels except for the fact thatt it is throbbing a bit.’ 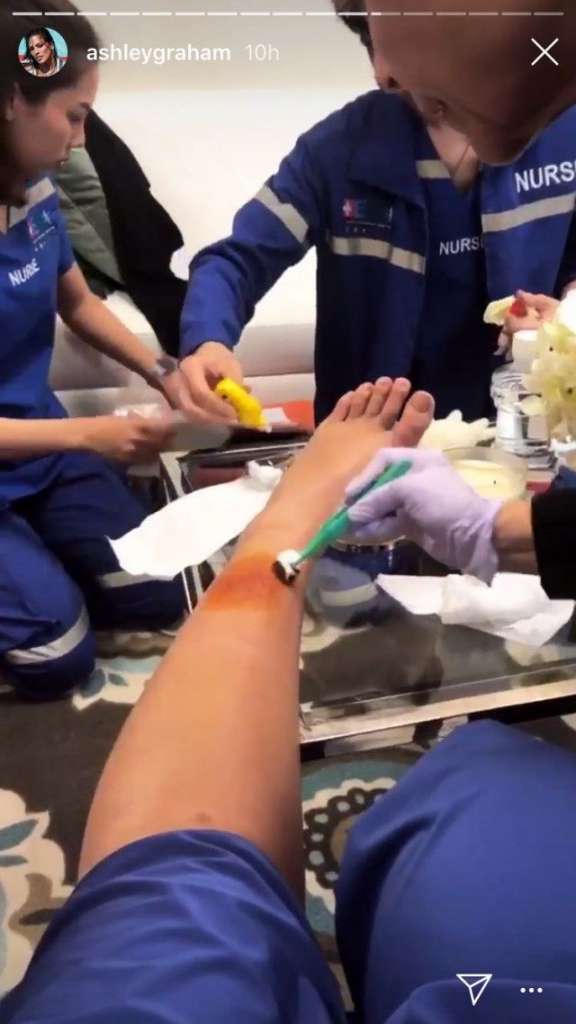 Despite the injury, Ashley continued to co-host Miss Universe until the end when she got to congratulate this year’s winner, Miss Philippines, Catriona Gray.

Only afterwards did she get more medical attention backstage.

‘Show is over, but the doctors came to the rescue. Oh it stings, but it's worth it,’ she updated her fans.

'Teen Mom' Star Ryan Edwards Back On Tinder, Despite Mackenzie Standifer Helping Him Through Months Of Rehab

Chelsea Houska Explains Why She Decided To Exit 'Teen Mom!'

Leah Messer Explains Why She Documented Her Cancer Scare On 'Teen Mom' Despite Hesitating At First!

Jennifer Garner And John Miller Reportedly Back Together 9 Months After Split!