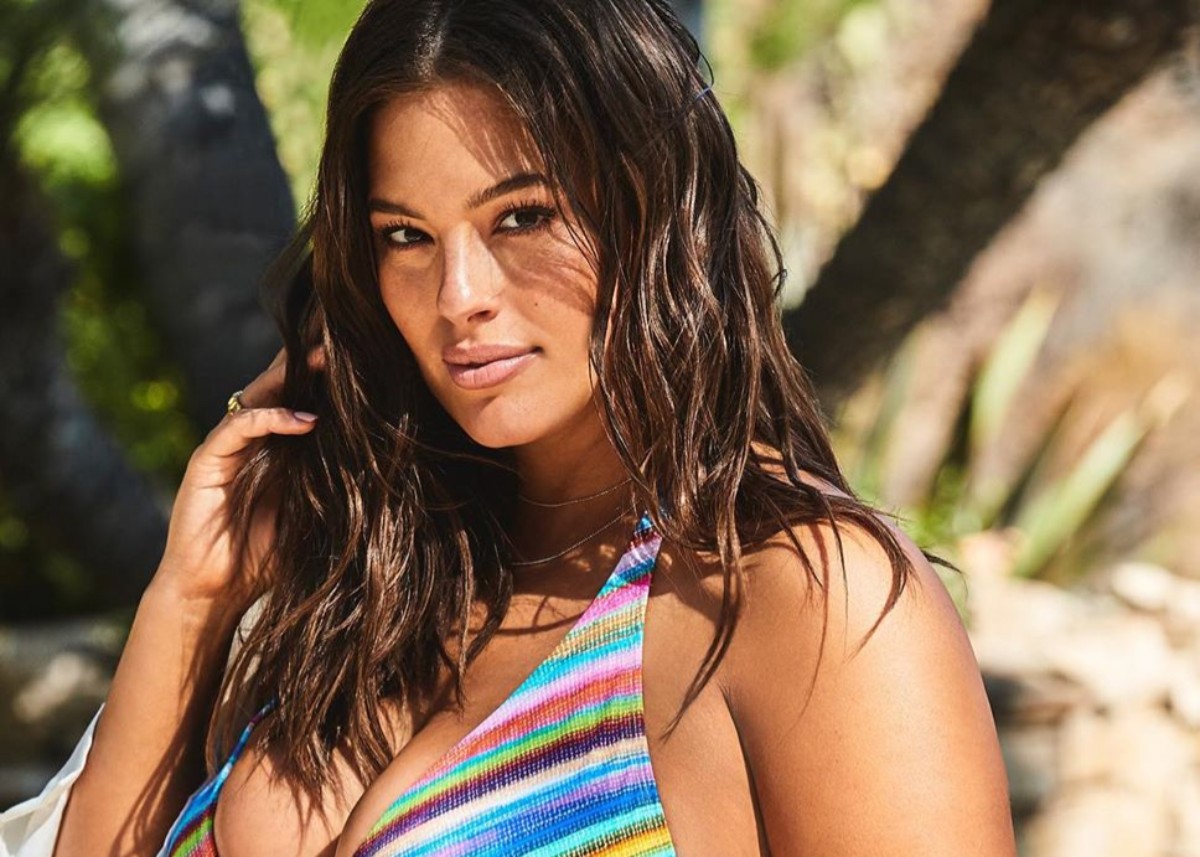 Ashley Graham may be nine months pregnant but that doesn’t mean she can’t model for her bathing suit company Swimsuits For All. Putting her baby bump on full display, Ashley posed in several one-piece suits as well as a couple of bikinis.  Ashley Graham has defied traditional maternity clothes throughout her pregnancy and continued to stun and surprise fans by wearing sexy outfits including a latex, Jessica Rabbit costume for Halloween.  Though Ashley has made it clear getting used to her pregnant body took some adjustment, she seems to be handling the changes well. In addition to the bathing suit photos, Ashley has also shared pictures of her body in the nude and shared them on her Instagram account where she has 10 million followers.

Though Ashley has yet to reveal her actual due date, she has revealed that she is due in January and is waiting to give birth any day.

Ashley was a body-positive model before she became pregnant and was a plus-size icon. Ashley landed a Sports Illustrated cover and is featured in the magazine’s swimsuit edition. She caused a stir when her Lane Bryant ads were deemed too sexy for primetime television and went on to help pave the way for plus-size models throughout the industry.

Watching Ashley struggle with her body image throughout her pregnancy has been enlightening for many of her fans. Ashley never let her changing body set her back and she rose up to every challenge by defying norms, standards, and traditions, and did her pregnancy her way.

You may see a cute video that Ashley shared with her baby bump on full display while wearing a bikini, a towel on her head, and sunglasses in the video player below.

These two friends are better together! Go BTS with @ashleygraham and @marquitapring at our latest shoot in Malibu 🏖️ . . Tap to shop.

Ashley also shared a photo slideshow where she wore multiple bathing suits and posed outside in some beautiful scenery. You may see the five photos that Ashley Graham shared on Swimsuits for All below.

“My mantra has always been ‘beauty is beyond size,’ and I’ve never connected with those words more deeply than I do right now while being pregnant.” – Ashley Graham 💗 . . Tap to shop!

What do you think of Ashely Graham’s swimsuit line and the fact that she is still modeling string bikinis at nine months pregnant?

Has Ashley helped you rethink maternity fashion for pregnant women?

Ammika Harris Kindly Responds To Hater Calling Her ‘Average’ Looking And Insisting Chris Brown 'Can Do Much Better' Than Her!