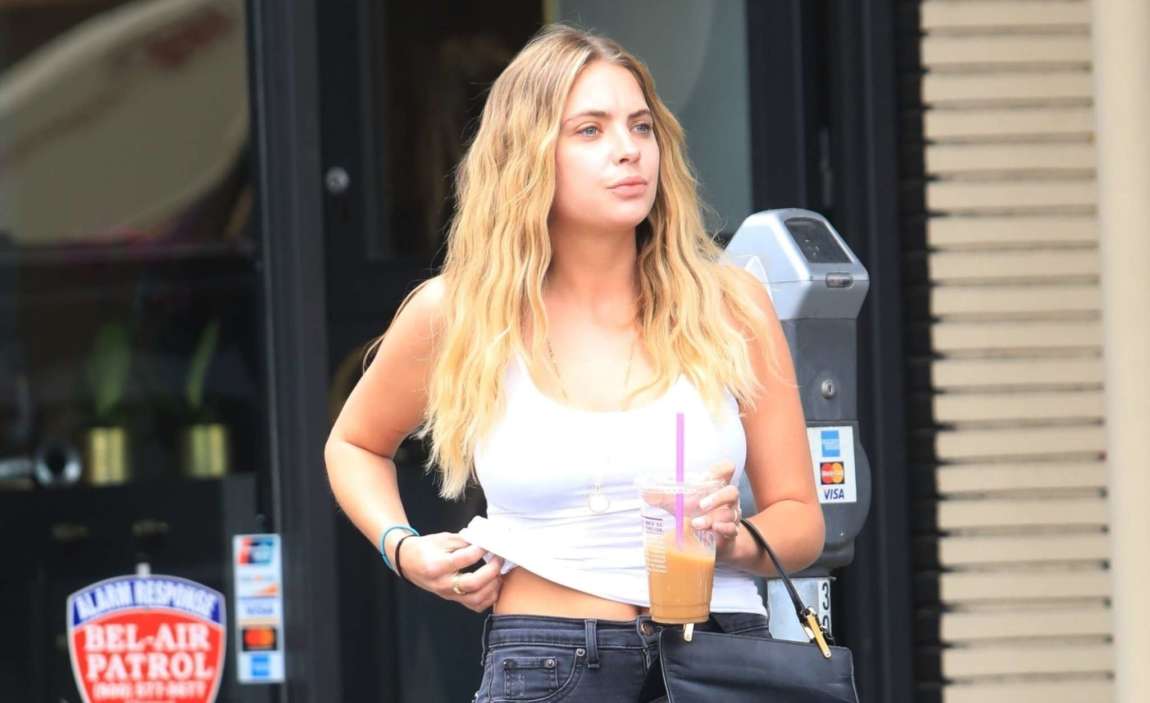 Ashley Benson and G-Eazy are now working together, Page Six reported today. The outlet says that the 31-year-old rapper recently dropped a tracklist for his new record, Everything’s Strange Here, in which the 30-year-old actress made an appearence.

According to Page Six, Ashley Benson appears on the fourth song of the record, “All The Things You’re Searching For.” The same song features Kossisko. On his social media account, G-Eazy wrote that his new effort is a project that “encapsulates my mindset and creative inspiration” over the last few months.

“What’s been your favorite song so far?” the rapper asked his fans. As most know, G-Eazy and Ashley Benson have worked together before, including on Radiohead’s “Creep,” which was released on G-Eazy’s YouTube channel.

Followers of the new couple know that the romance rumors first began when they were seen kissing in May not long after her breakup with Cara Delevingne. Fans online made fun of Benson for kissing G-Eazy in public, which later led to Cara defending her and telling fans to leave her alone.

On her Instagram, Cara wrote that nobody in the media and no one online had any idea what they were talking about. The only people who know what happened between them are her and Ashley.

As for G-Eazy and Benson, they’ve been spotted a few times since then, including in early June. Moreover, it was reported earlier this month that G-Eazy went to the wedding of Ashley’s sister. The report stirred even more relationship rumors.

As it was just noted, Ashley Benson was previously linked to Cara Delevingne.

G-Eazy, on the other hand, dated the singer-songwriter, Halsey, although, their relationship later ended in flames. Not long after they split up, Halsey said in interviews that she dated a “really sh*tty dude.”

The star slammed her ex-boyfriend during an interview in which she spoke about her life struggles over the last few years. Halsey said that everything was going very well for her, and didn’t have much to complain about, other than dating a “sh*tty dude.”