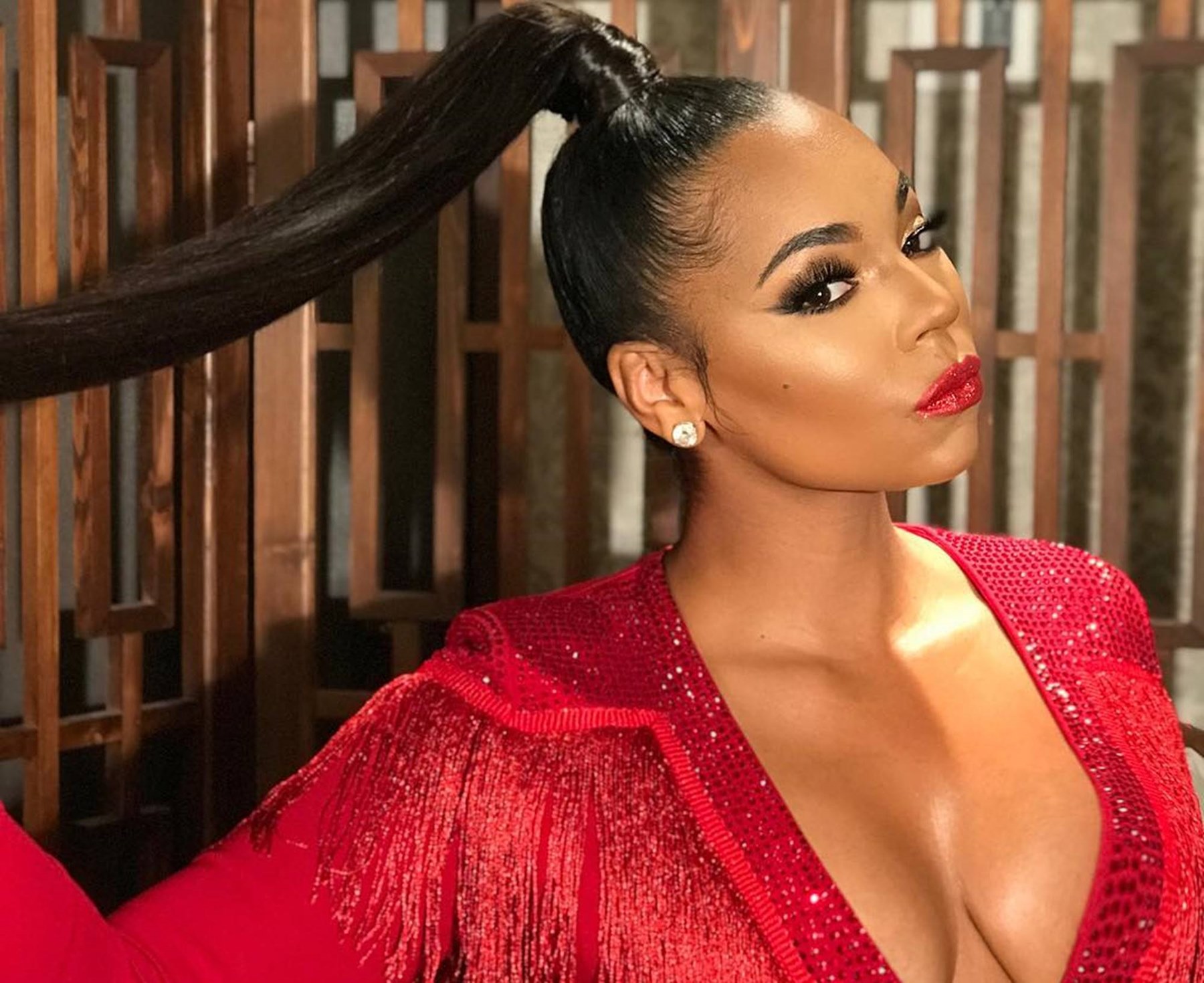 Ashanti definitely knows how to entertain her intense fandom, as the R&B diva recently updated her Instagram page with a couple of pictures from her tour in the United Kingdom.

One of the snaps put the impressive curves of the 39-year-old diva on display and showed off her envious figure.

In the picture, the music star was dressed in a tight bodysuit that was covered with rhinestones in combination with fishnet stockings.

The “Foolish” performer accentuated her tiny waist with the help of a shining belt and held her raven hair in a tight bun.

She finished her looks with the help of a large fur coat and a pair of oversized hoop earrings. Ashanti appeared to sing in the photographs, and she looked happy to be performing for her fans.

The music diva did not write a lengthy caption for the photograph, and she only titled it with two emojis, but apparently, that was more than enough for her admirers.

It appears that Ashanti might be setting a new trend, as this is not the first time she has combined//////////////////////// stockings and a bodysuit, as she has worn similar outfits to some of her previous concerts.

The post generated a lot of excitement among the singer’s numerous followers on the popular social media platform, and many expressed their approval of the star’s beauty.

Each of the pictures quickly gathered thousands of likes and positive comments, as one fan stated Ashanti looked very good, while another remarked she was gorgeous.

Among the comments, there were also some people already pleading for new records, because one excited supporter asked Ashanti when she would release a new album.

One fan said: “Yes. QUEEN SH*T… WE NEED A NEW SONG ASHANTI ITS BEEN OVER 7 LONG ASS YEARS GIRL.”

This backer wrote: “Yes, with a passion and so precious❤️❤️❤️.! Love you much beautiful. Girl, you are the bomb.🔥🔥”

When your heart is pure & you have nothing to hide…🖤

It was a great night.

A fifth comment read: “Ashanti…You Ever Sing “WOMAN TO WOMAN” In Concert???🤔 You Should Its A Good Song…& Much Love To You I Keep Up With You For Years & The Other Top Ladies Of The Industry R&B Hip-Hop Rap & So On…Do You…👍🏼✌🏽&💙 Your Friend Efren.”

Ashanti is a showstopper her fans.