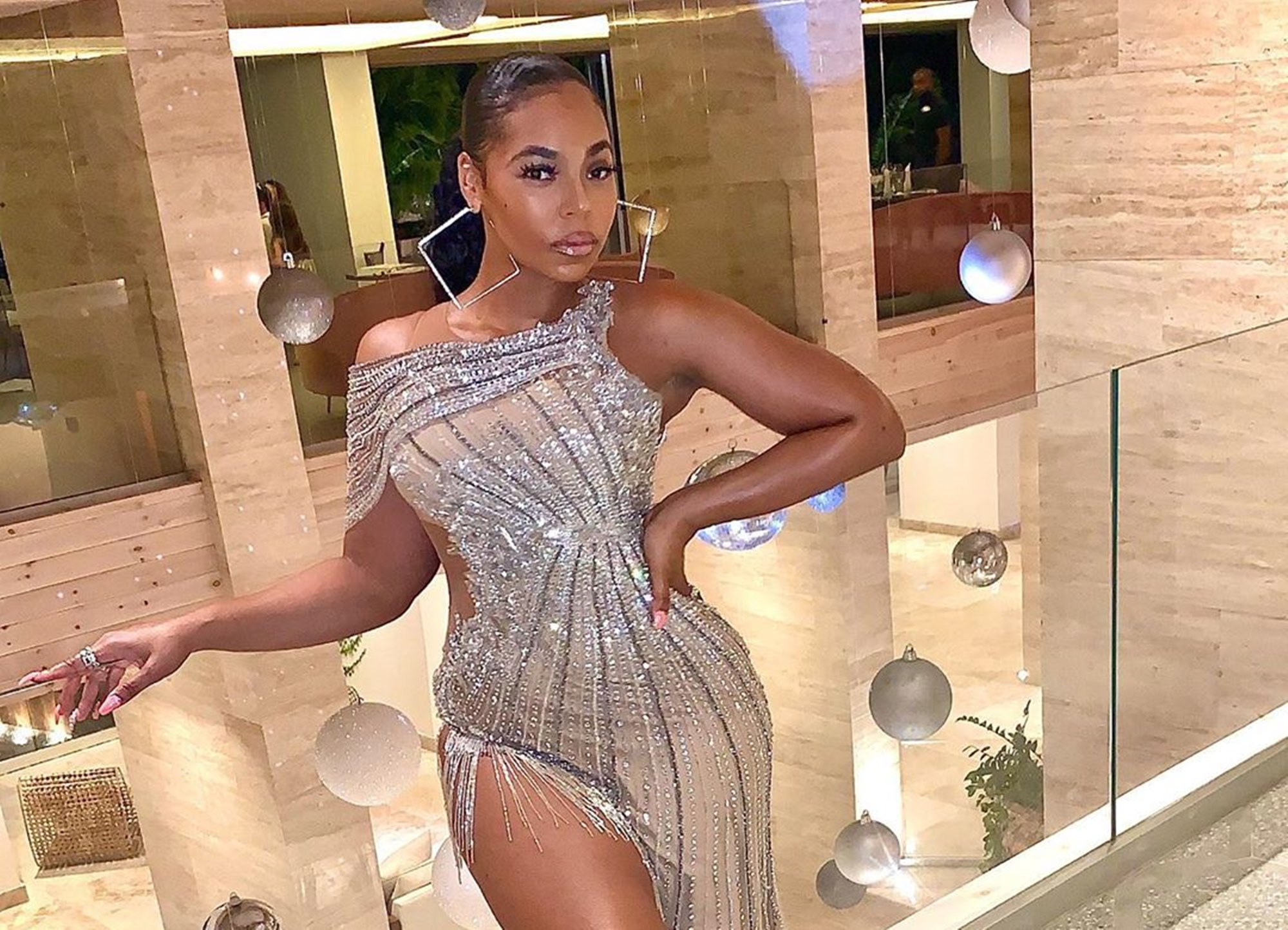 Ashanti has decided to open 2020 with a bang while in Antigua, but unfortunately, she does not have 2020 vision. Via social media, the singer unveiled a few photos and one video that captivated many.

In the clip, Ashanti, who is flaunting her famous killer curves, showed off her incredible figure during a getaway on the Carribean island with her sister, Kenashia Douglas, better known as Shia.

The 39-year-old R&B singer and songwriter decided to show off her sexy bikini body by slowing walking up the stairs in a tight black designer swimsuit by Louis Vuitton. Shia wore a two-piece that featured the famous LV monogram.

Ashanti explained as she was trying to show off her fantastic body, she took a little fall.

Ashanti wrote: “When you’re trying to be sexy walking up the steps, but you fall a lil bit because your foot isn’t all the way healed and you run into your sister & y’all are twinning with your bathing suits 😩🤣 @liltuneshi shot by @breezay_.”

Another follower revealed: “You don’t have to try to be sexy. That swimsuit wears it hunty👏🏾🤣😘👌🏾Someone is a very fortunate man!!! If you hadn’t said anything, we wouldn’t have seen it😂😂 all of you are beautiful.”

This backer stated: “Play your new music in the background. You’re above this boo… thirst traps are 4 THE THIRSTY…”

In a recent interview, Ashanti spoke about her love for all things in the Caribbean.

She stated: “It was one of the most amazing experiences I’ve ever had. I went out to do Machel Monday and Carnival in Trinidad, which was my first time, and it was life-changing. I had so much fun, and I don’t think I’ve ever partied like that in all my years. [Laughs.] It was an amazing, amazing experience, and I just found a newfound respect for soca music.”

She added: “I had a show in Trinidad a few years ago, and we did a remix to one of the most significant [soca] records, which was one of Machel’s, “Like Ah Boss.” We went back and forth on Instagram, and he’s like, “Much respect. Thank you for showing so much love. We need to do something together.” Fast forward, that turned into a FaceTime call and then a studio session. And later, we recorded this awesome record, and then we performed it for Carnival and Machel Monday. We actually shot the video with Director X in Trinidad while Carnival was going on. So those were real moments that weren’t scripted. The beach part, yes, but the stuff on the road was all organic. It was really cool.”

Ashanti has found her lane.