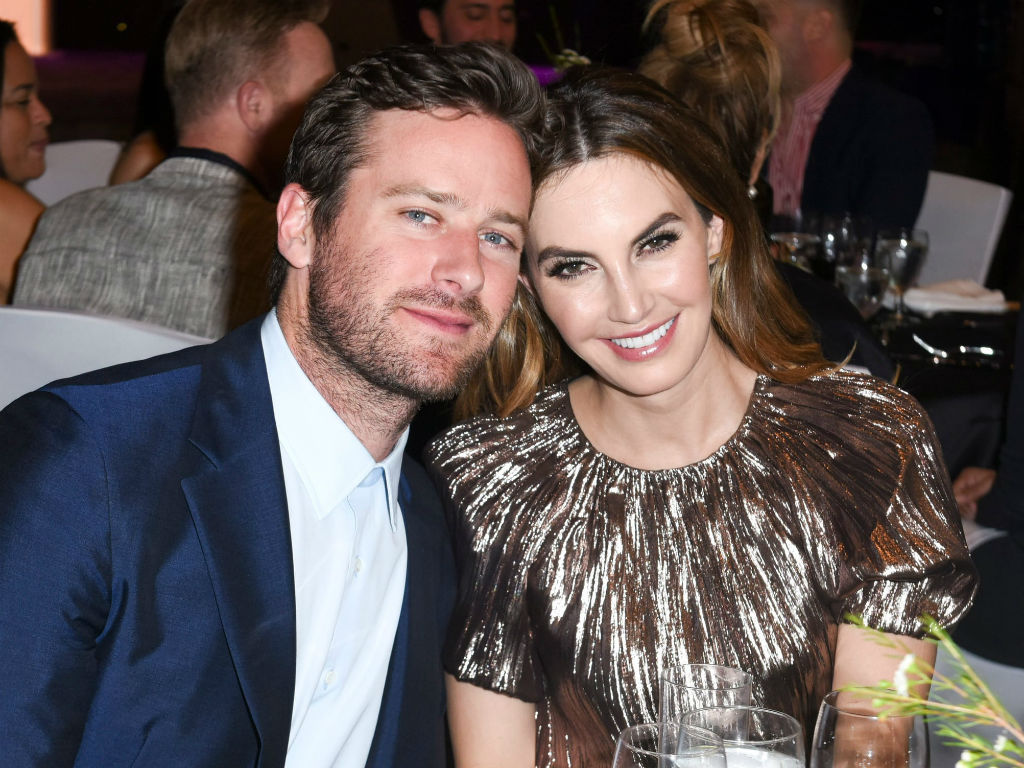 Armie Hammer posted a video of his 2-year-old son sucking on the actor’s toes to Instagram Story on Saturday.

Yes, it is as disgusting as it sounds. Twitter has exploded with thoughts of the Call Me By Your Name star letting his son Ford suck on his dad’s toes.

“This happened for a solid 7 minutes #footfetishonfleek,” Hammer captioned the video.

“This is not normal,” Hammer’s wife, Elizabeth Chambers can be heard saying in the background.

Armie and Ford have a foot thing going on .. like father .. like son (and yes Armie it is totally normal- and hot) #armiehammer #armie #cmbyn #nosebleedscene #timothéechalamet #armie #timmy pic.twitter.com/gU1wTDXQiP

Twitter was not impressed with Hammer’s video or his hashtag. The actor is trending but not for anything good because social media is disgusted by Hammer’s actions.

“And you all freaked out about Tom Brady giving his kid a kiss. Smh #ArmieHammer” wrote @jenniferlee_75

“This is beyond gross. And he’s smiling & laughing about it? How could any human being let a child do that? Are BOTH of the parents totally unfit? #ArmieHammer = sick MF,” Tweeted @ldstep

“#armiehammer All I have to say is gross. Why didn’t he STOP his son from doing this. Better yet, why did I watch it, when I was warned,” said @marie2cool4u

Chambers got wind of the all the backlash surrounding her husband and son’s toe sucking session. She used social media to calm down all the outrage or at least try.

Sometimes… sometimes you just shouldn't click on trending hashtags. I want those seven seconds back 😭😭😭 #armiehammer needs some serious help. And his wife. Or whomever that kid's mother is. pic.twitter.com/D8XGZnSnfU

“It wasn’t seven minutes…more like five seconds. Our son likes to play with people’s feet, and I put the video on our family stream because this phase is an ongoing joke. Sharing the video on Instagram was def not the best move on A’s part, but I can assure you that our children’s safety and well-being is always our first priority,” Chambers wrote in response to the video Perez Hilton uploaded to his Instagram.

The mama bear was in full force to protect her child and her hubby. Elizabeth Chambers’ words did little to stop Twitter users from still being grossed out by the video of Armie Hammer, letting his son Ford suck on his toes. No, not the child sucking on his own toes but rather Ford sucking on his dad’s toes.

As of now, the Social Network star has not responded to all the backlash. Hammer is apparently letting his wife deal with the nonsense. What do you think about the Twitter outrage is it warranted or are people overreacting?