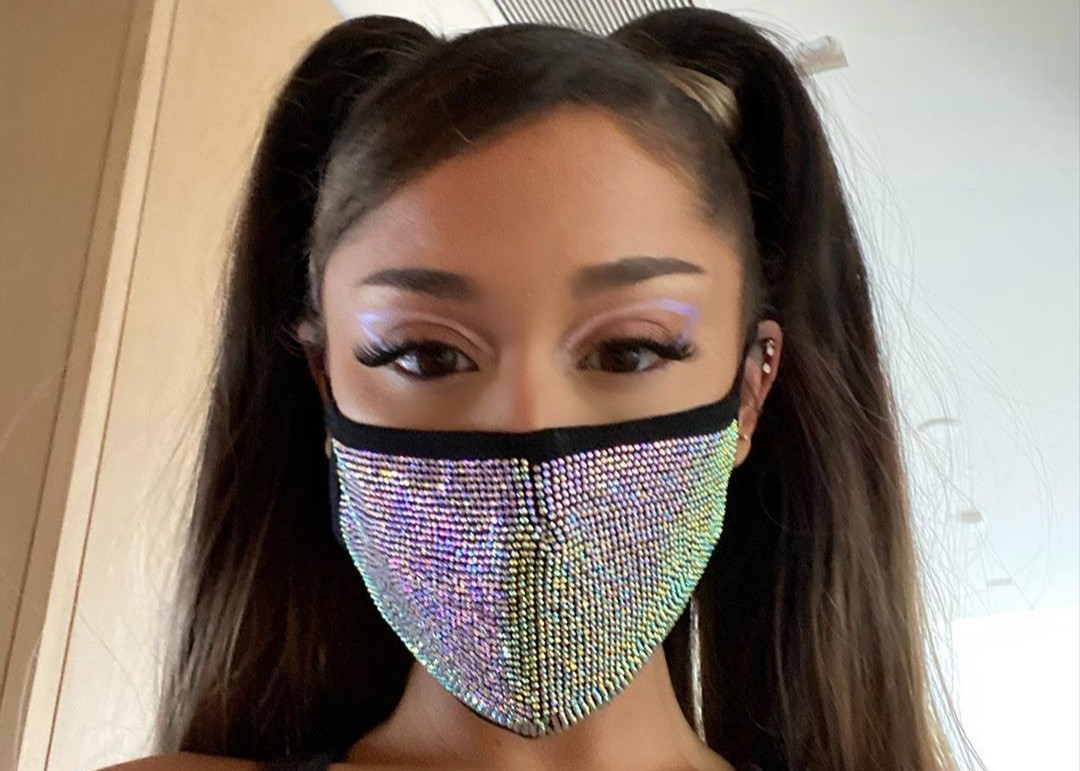 Ariana Grande is showing off her figure in skin-tight yoga pants and a sports bra and her fans are loving the look. Ariana has more than 199.8 million Instagram followers and has one of the most popular social media accounts worldwide. Ariana wore the outfit as she headed out to practice with Lady Gaga for their upcoming MTV VMA’s performance that will air on August 30, 2020.

Ariana wore an Alo Yoga sports bra and leggings along with a holographic face mask. The sports bra is called the Vapor Camouflage sports bra and is sold in a set with a pair of shorts. The set retails for approximately $132.

The leggings are called the Alo Yoga High-Waisted Lounge Leggings. Ariana wore the color dark heather gray and covered up with the Yeezy Season 6 Zip-Up Hoodie that was the same color. Ariana posed for a side shot in a mirror selfie. Looking over her shoulder you could see a clear view of her face mask. There were plenty of comments from fans who loved her glittery face mask.

Ariana wore the Holographic Rhinestone Face Mask from the company Get Stonned. The face mask costs approximately $35 and is hugely popular.

For footwear, Ariana added to her 5’3″ frame with a pair of Demonia Swing-105 Platform Boots in white. You may see the photos that Ariana Grande shared on her Instagram account below.

Many people remarked that Ariana Grande was giving off nineties vibes in the ruched bra, leggings, and the glittery face mask. Ariana is showing that just because there is a global pandemic and many people’s lives have been uprooted and changed, it doesn’t mean you can’t be fashionable.

Ariana’s photos are getting plenty of social media love. After the “Rain on Me” singer posted the photos, they were shared on other social media platforms. The original photos shared to Instagram have over 11 million likes and more than 121,000 comments.

What do you think about Ariana Grande’s Alo Yoga set? Do you like her Get Stonned holographic and rhinestone face mask? 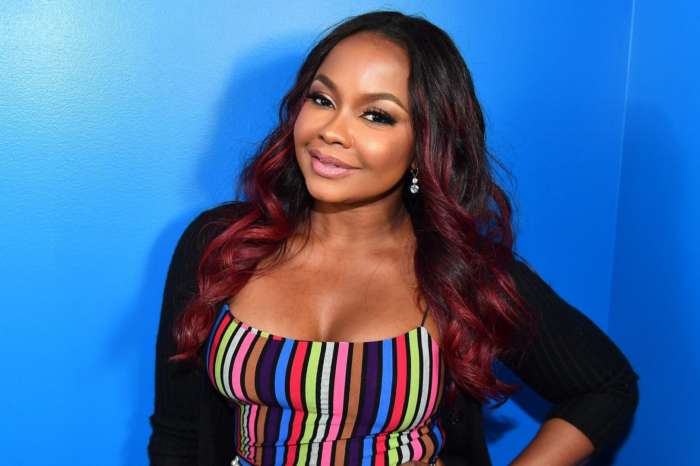