After only a few weeks of dating, Pete Davidson popped the big question, and Ariana Grande said ‘yes!’ Although fans were shocked to learn about their whirlwind romance, we hear that the singer’s pals are not so surprised they got engaged. However, that doesn’t mean they are not worried she is making such a big commitment so soon.

Both Ariana and Pete have just left serious relationships last month and found each other immediately after.

‘Ariana gets so excited about an idea and so set on making it happen that she does not always think it through. We, of course, just want her to be happy, but this was a really quick lifetime decision. It is a little worrisome, and we fear it was too spontaneous and it might not last. One thing’s for sure, Pete does look very much in love, and while they’re young, they’re certainly old enough to make the decision on their own,’ one insider told ET.

‘Ariana and Pete have so much in common it does not surprise all their friends. They have been through so much and are able to share openly what they have faced and support each other with understanding. Ariana and Pete are both passionate and impulsive and fell head over heels for each other. They did not hesitate to share their love and their commitment to one another with their friends and with fans on social media,’ the source added.

‘Peter’s an old soul and always has known what he wants, so some friends are not at all surprised this happened so fast.’

However, it sounds like their romance is not very stable, which is not surprising considering everything is so new. ‘They are both passionate and swing back and forth from strong, loving moments to heated arguments … Peter’s the sweetest person in the world, and he’s just dealing with a lot of psychological challenges. Ariana feels like she can relate to his pain and that they have connected on many levels.’

Do you think the two are making a mistake? 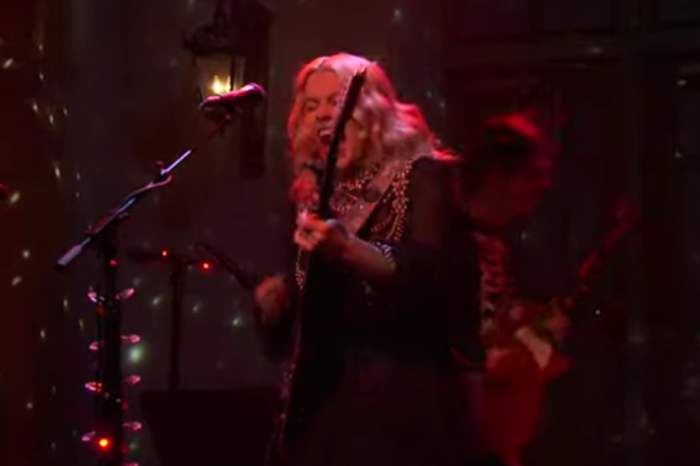