Are Taylor Swift and Joe Alwyn planning a small, intimate wedding? After Taylor unveiled a photo of herself wearing a dress that many felt looked like a wedding dress, some fans were convinced that Taylor and Joe secretly married. The photo was shot during Taylor's video for the song "Willow" from her ninth, studio album Evermore and the outfit has people talking. Taylor looked beautiful in the photo that saw her wearing the Zimmermann Charm Star ruffled silk-organza and guipure lace maxi dress. Though some are still convinced Taylor and Joe are married, a report in the upcoming December 28, 2020, issue of Star magazine suggests that the couple is actually planning a small wedding.

You may see the photo that set the Internet ablaze below. 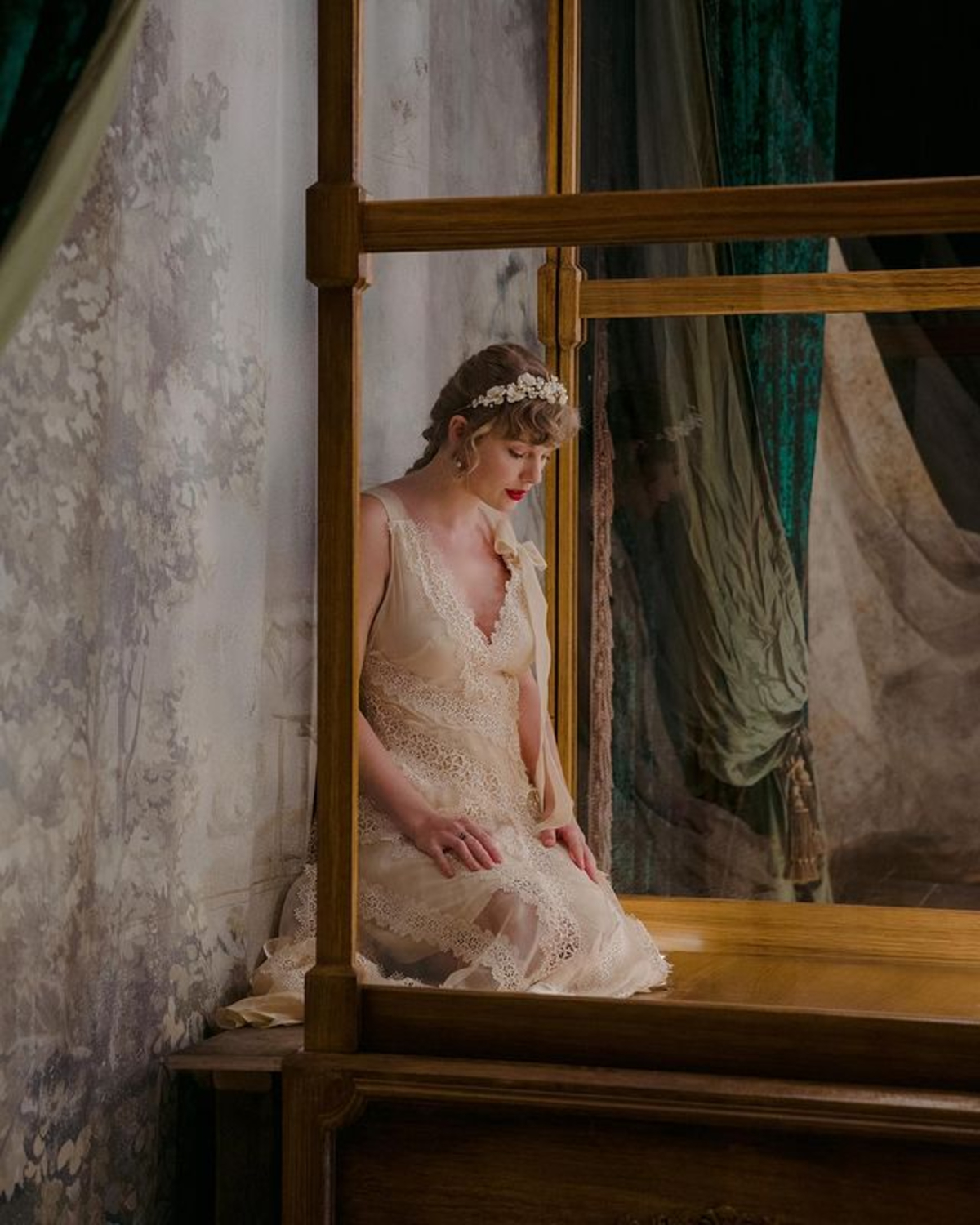 According to Star's source, Taylor and Joe aren't married and the Zimmermann dress wasn't a hint that they have already walked down the aisle, but rather that Taylor and Joe are preparing to say their "I dos."

The source said the couple are talking weddings and stated the following to the publication.

They've been telling friends they're just going to go ahead and get married in a small, romantic ceremony and forgo the church wedding and elaborate reception. They are super private and prefer to do things out of the spotlight.

Now that Ariana Grande is engaged to Dalton Gomez, more fans are hoping that Taylor will make an announcement soon. Though Taylor wore the beautiful Zimmermann dress, she hasn't worn a wedding or engagement ring and it seems highly doubtful that Taylor would get married and chuck tradition to the wind by not wearing a wedding ring in public.

What do you think? Do you believe that Taylor and Joe are already married and she wore the dress as a way of making it public but decided not to include a ring?

Do you believe the report that Taylor and Joe are planning a private, yet romantic wedding?

Selena Gomez Breaks Down Her Most Iconic Looks And Reveals Taylor Swift And Britney Spears Were Two Of Her Biggest Style Inspirations - Video!

Kenya Moore Shows Off Her Flawless Look In This Video