Anya Taylor-Joy is this year's biggest 'It' girl! She is being richly rewarded for her work on the Netflix series The Queen's Gambit and she's also being praised for her fashionable style as well. Anya stunned at the virtual Golden Globes where she wore an emerald-green gown by Dior Haute couture. At 24-years-old, there's no question that there are many amazing acting roles in her future. Anya wore her hair nearly waist length and platinum blonde. The color contrast with her dark brown eyes was gorgeous and gave her an ethereal, otherworldly look.

Anya paired the emerald gown with the matching Dior Couture evening coat and posed for a shot where the coat fell past her elbows and gently draped around her body. She accessorized with plenty of diamonds and she framed her face with a pair of drop diamond earrings from Tiffany's.

She wore a drop diamond necklace from Tiffany's and a matching Tiffany's diamond ring. She shared the following caption along with a head shot where the stunning actress showed off her jewels.

*insert Marilyn singing... you guessed it... * Diamonds are a girl's best friend at the Globes. Bisous @tiffanyandco 💋✨

You may see the photo Anya Taylor-Joy shared below. 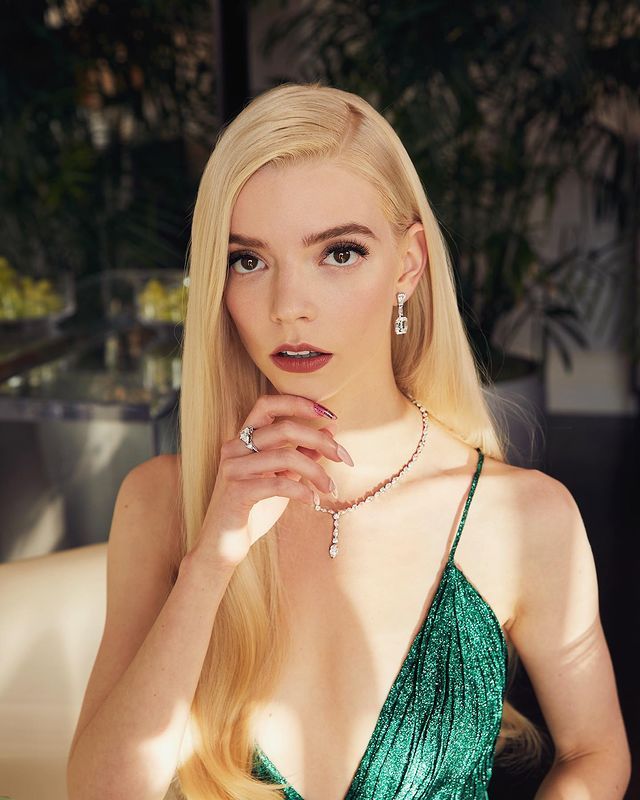 Anya has a distinct look that is from her ethnic background. Her mother is reported of English and Spanish descent and her father of Scottish and Argentine. She's known for her large eyes that give her a beauty many have described as unique and even fairy-like. Anya shared another photo where she posed facing the camera and gave fans a look at her entire outfit.

Fans couldn't stop praising her beauty and her post has over 2 million likes and more than 15,000 comments.

You may see the additional photo that Anya Taylor-Joy shared below. 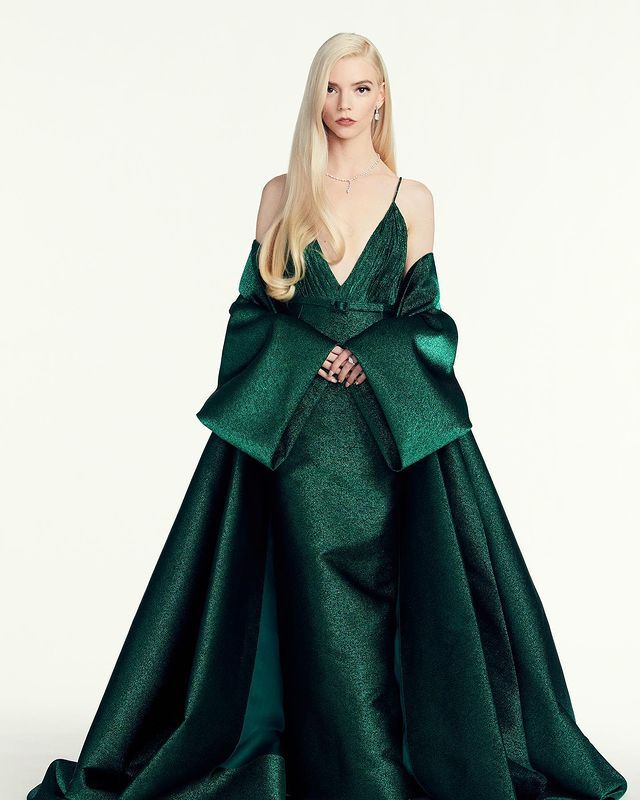