Ann Coulter has decided to weigh in on President Donald Trump’s so-called zero tolerance immigration policy which has resulted in the separation of thousands of children from their undocumented parents at the US-Mexico border.

While Trump’s Homeland Security Secretary Kirstjen Nielsen is doubling down on the chaotic policy, his wife, Melania, and all four living Former first ladies — Rosalynn Carter, Michelle Obama, Laura Bush and Hillary Clinton — are slamming the administration for the “disgraceful” rule that is tearing families apart.

The conservative and controversial author and commentator was a guest on a Fox News panel on Sunday night where she told Trump to double down on the policy because many of the 2,000 children seen crying and screaming when they are removed from their parents are “actors.”

Coulter said: “These child actors weeping and crying on all the other networks 24/7 right now — do not fall for it, Mr. President. I get very nervous about the president getting his news from TV.”

Another member of the panel told Coulter that she was wrong.

She defended her wild point of view by pointing to an inaccurate article posted in the New Yorker.

She added: “The article had described how these kids are being coached, they’re given scripts to read by liberals, Don’t fall for the actor children.”

A Trump supporter appalled by the comment said: “I’m no liberal, and I’m a Trump supporter but even I can say saying crying kids child actors make no sense. Children who cannot speak English and are too young to read or were denied education by their home countries they fled are actors. Definitely actors. Someone call Disney!”

A Democrat stated: “Oh so now this is child acting hmm so she confirmed people stage tragedies. F$ck this bitch how she would feel if her fucking children or father/mother was being held this way? Ignorant ass people. These are the facilities children who are innocent in the matter have to be subject to not to mention the abuse. Shit makes me so mad and want to cry.”

An independent added: “F*ck being democrat or republican, anyone in our country who is thinking this way is blind! This is a HUMAN issue…..HUMAN!!!! I don’t care what people choose to have as their values; we are all different, the fact is we are allowing CHILDREN to be torn apart from their parents, and there is ABSOLUTELY NOOOO words, propaganda, or belief that makes this right. Period! #wakethefup.”

What are your thoughts on this debate? 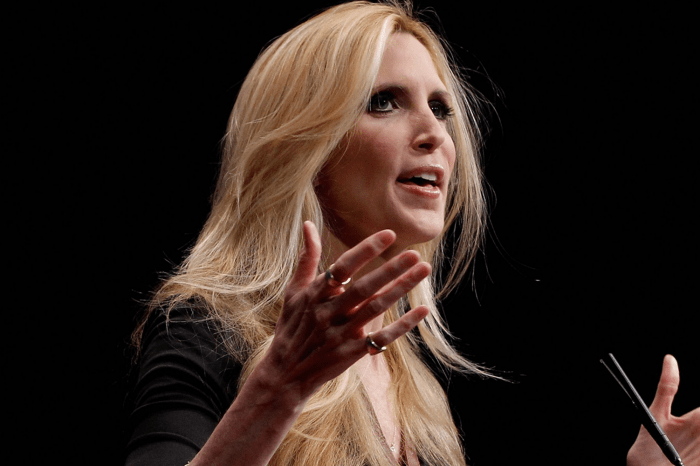 XXXTentacion Dead: Soldier Kidd And Soldier Jojo Claim They Are Innocent, Said They Had Nothing To Do With The Shooting

Ann Coulter does everything to get attention. To bad the blond bleach she uses on her hair has seeped into her brain and destroyed whatever few brain cells she had. The woman should be locked away in a room with the noises of a crying children. How would she know what a crying child sounds like since no one wants to marry her and no child wants to be born to her. A real certified nut job.