It’s “Lifestyles of the Rich and Famous” when your custody case includes whether or not your children may appear in your movies. Such is the case between Angelina Jolie and Brad Pitt, according to a new report by Us Weekly, that states Pitt refused to let two of the couple’s six children appear in Jolie’s new movie Maleficent 2.  This move has reportedly left Angelina upset as the couple’s young daughter Vivienne appeared in the first movie. Us Weekly states Angelina wanted to cast John and Knox in the film.

The couple was once known for their public displays of love and affection but all that changed in 2016 when reports surfaced the couple’s marriage was in trouble. The two were involved in some sort of domestic altercation aboard a private plane that caused the FBI to investigate.

Now the couple is reportedly involved in a very contentious divorce case that has left them working on custody agreements for over a year.

The insider who spoke to Us Weekly described the custody battle between Pitt and Jolie as one that is using the children as pawns.

Fans have been thrilled to hear that Angelina Jolie, Michelle Pfeiffer, and Elle Fanning have been in London filming scenes for the Disney sequel.

Vivienne caused a stir in the original movie, though she was still a toddler. Angelina’s fans have always been thrilled about seeing the couple’s children and photos of the twins have been sold for top dollar. Vivienne’s appearance in the first Maleficent was considered an introduction to the child who many saw for the first time when she appeared on film.

There will be no such silver-screen introduction to John and Knox. The exact reason why Brad Pitt doesn’t want the children to appear in the film remains unknown. However, he isn’t the first celebrity father to keep their child away from working in Hollywood until they are older.

Actors from Kevin Bacon to Corey Feldman have been protective of their children and prevented them from working in the industry while young.

What do you think of this latest report? Do you agree with Brad Pitt’s decision not to let the children appear in the movie? 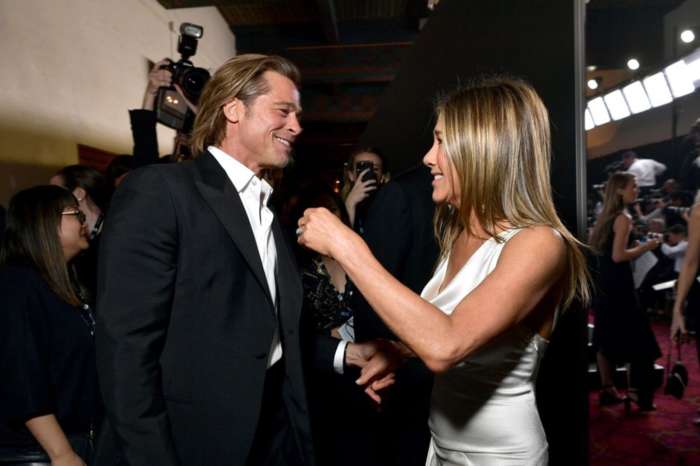