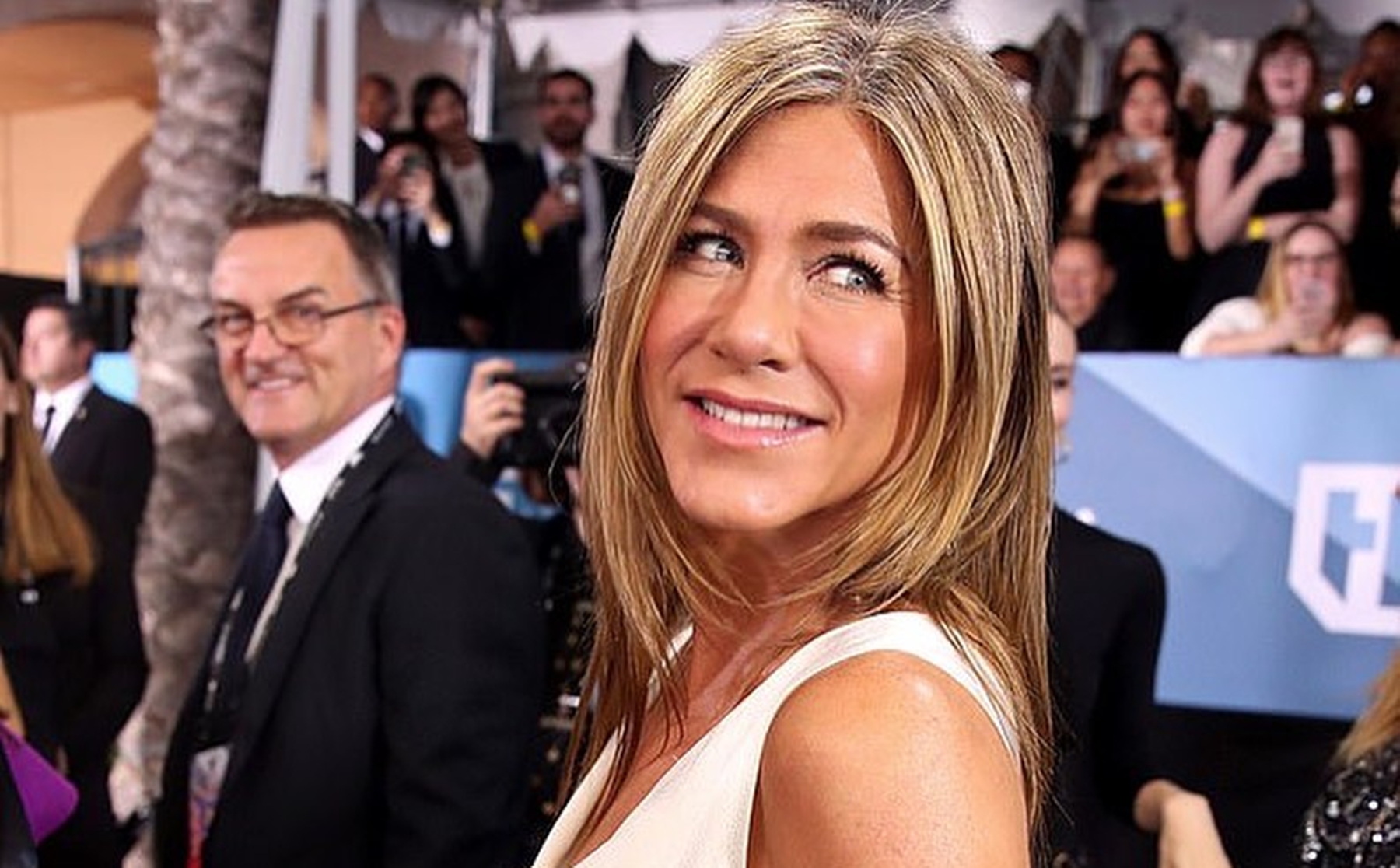 Many watched and were either in awe or cringed as Brad Pitt decided to do his best to get Jennifer Aniston’s full attention at the 2020 SAG Awards.

And according to a newly-surfaced report, one of those people who were not laughing at the surprising interaction between Brad and Jen is his ex-wife, Angelina Jolie.

A person, who seems to be close to Angelina spoke to Hollywood Life and revealed that while she did not watch the awards show, she is aware of what took place.

The insider stated that the humanitarian was not at all bothered by the public flirting between Brad and Jennifer.

The pal stated: “Angelina doesn’t care about Jen and Brad’s reunion at the SAGs. She already knew that they were friends and isn’t going to let it eat at her.”

The source went on to say: “This has gone on long enough. She’s moving on. She’s not going to let it sting. She doesn’t look for drama and is focused on her kids and her work. The rest of it is just noise.”

It was previously reported that Angelina did not leave her children to watch the awards show. A second source told Hollywood Life: “Angelina doesn’t watch awards shows, and neither do her kids. It’s never been of interest to them or something they talk about, and that’s a good thing because she would not want the kids watching Brad’s speech.”

The person added: “She’s heard about what was said and has no interest in watching it. In order to maintain her peace of mind she makes a very conscious choice to avoid reading things online about herself or Brad or their divorce, she doesn’t look for drama and is focused on her kids and her work, the rest of it is just noise.”

The photographer who snapped *that* moment between #BradPitt and #JenniferAniston at the #SAGAwards is spilling the 🍵 See what she said about the viral reunion at the link in bio.⁠ (📷: @gettyimages)

One follower had this reaction: “If they get back together or not…..I love that they can share their lives and achievements with each other, on whatever level it is! 👏🏻👍🏻🙏🏻❤️. Congratulations to them both!”

Another commenter claimed: “The media can be like that Aunt that never lets your past go. We’d be more responsible and speak to relationship and dating experts… who will say Brad left Jen for Angelina. It was a long road for her healing, but she healed. Angelina later filed a petition for divorce due to Brad’s drinking. They have six kids together. He’s still in early recovery. Why would you want this for her? It’s beautiful they have a friendship now. But if you love Jen, support her in allowing her to make better choices and let this go.”

These rumors have people feeling like 2002 all over again.