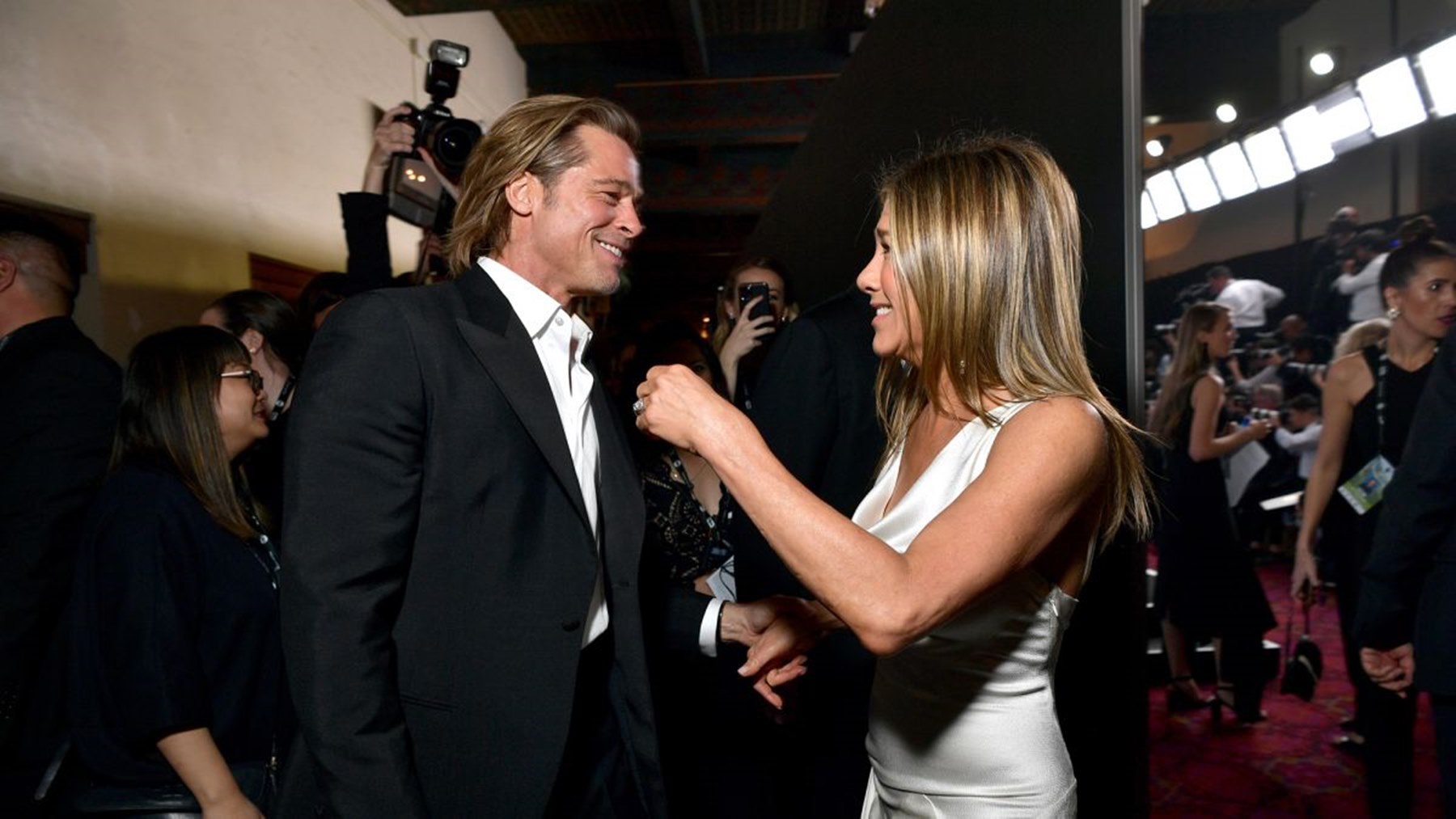 Angelina Jolie was on everybody’s mind after her ex-husband and the father of her children, Brad Pitt, took the stage at the SAG Awards after winning Best Supporting Actor and made a joke about his failed marriage.

Brad also shocked the planet by openly flirting with his ex-wife, Jennifer Aniston. A source spoke to Hollywood Life and said Angelina caught wind of the petty joke and is doing her best to avoid getting upset.

The person in the know said: “Angie ‘heard about what was said’ at the Screen Actors Guild, and she is making an effort to maintain her ‘peace of mind.”

Angelina also made sure her children did not watch the show because she does not want what is being said to affect them.

The insider went on to reveal: “Angelina doesn’t watch awards shows, and neither do her kids, it’s never been of interest to them or something they talk about, and that’s a good thing because she would not want the kids watching Brad’s speech.”

Brad said at the awards show: “I’ve got to add this to my Tinder profile. Let’s be honest, and it was a difficult part…guy who gets high, takes his shirt off and doesn’t get along with his wife.”

The family friend added: “She’s heard about what was said and has no interest in watching it. In order to maintain her peace of mind she makes a very conscious choice to avoid reading things online about herself or Brad or their divorce, she doesn’t look for drama and is focused on her kids and her work, the rest of it is just noise.”

One person reacted to the flirty moment by saying: “I would be `soooooooooo happy if they did. She deserves that. And he could make it up to her … 💕💕💕”

Another commenter said: “Leaving her was one of his greatest mistakes, if not the GREATEST! Jen has a warmth that exudes even from the screen, ❤️ he made a big mistake, and he beggin like a puppy in public. 🙈🙈”

This follower shared: “Don’t let who hurt you back in. Keep it mutual and moving!”

Meanwhile, a social media user explained: “Lmao he toxic cause how you leave this woman, go marry somebody else, have kids, then wanna look like you mesmerized. How did he leave & divorce this woman & then go get remarried and hate It there.”

Will Brad get back with Jennifer?