A single Angelina Jolie is ready to mingle and eventually find a new husband despite the fact that she has yet to divorce Brad Pitt officially.

The power couple split in the fall of 2016 and since then a bitter war has been going on.

It is being claimed that the humanitarian is finally over Pitt and is now talking to friends and members of her team to find suitors.

Jolie told her entourage that she is not interested in getting back with old flings.

According to Heat magazine, Jolie is searching for a man who is brilliant because she wants to enjoy passionate discussions about universal matters.

The future divorcée is hoping that the man will be interested in becoming husband number four.

A source said: “Right now, Ange’s looking at potential suitors who have been suggested by her business team. She’s also putting the word out in high-powered circles. Flying solo was beneficial for a while. Ange needed to heal after the breakup with Brad — but it’s been long enough, and her self-imposed exile from men is over. She knows a lot of people in the industry who are as good at matchmaking as they are at producing films. Seeing Brad move on has put a fire under her.”

The insider had this to add: “She hasn’t felt a real spark in ages, and she misses it. She’d like someone who can match her intellect, but most importantly, she needs a physical connection.”

The person claimed: “Angelina is having a hard time knowing what to believe when it comes to Brad’s dating life and she’s determined to find out the truth. She feels like it’s her right to know who he is dating because it could potentially mean her kids would be around this new person.”

The pal stated: “Brad is insisting that there is nothing to tell when it comes to his love life but Angelina isn’t going to just take his word for it. She has her ways of finding things out, and she is very determined to get to the bottom of who Brad is seeing.”

The divorce is still not near. 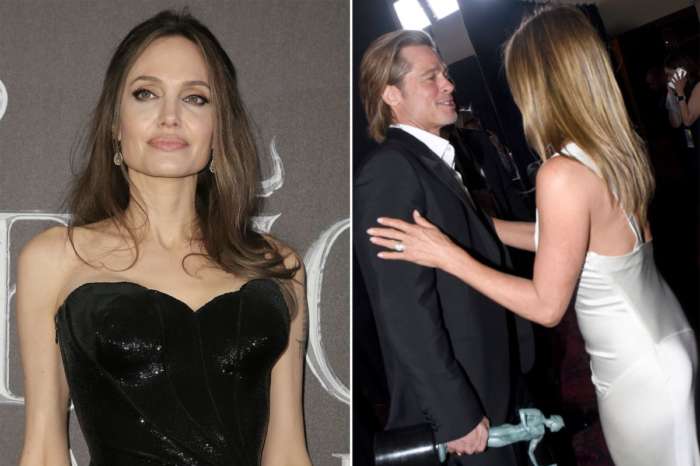 Kanye West Sees Kim Kardashian As 'His Rock' - Determined To Never Lose Her!