Angelina Jolie is a busy mom now that her 12-year-old daughter Vivienne is ready to go back to school. Paparazzi caught the mother-daughter pair shopping for school supplies on August 26 in LA.

Angelina and Vivienne have been spending a lot of time outside in the past few days. On Sunday, Daily Mail reported that the two were shopping for school supplies, and now it seems the two still need to pick up a few more items.

What drew the attention of the media was Angelina’s footwear. The 45-year-old actress wore a pair of Valentino slides that are worth around $700. On Sunday, she wore a designer dress and the expensive beige slides.

This time, Angelina traded the black dress for a pair of black jeans and a white long-sleeved button-down shirt. The actress chose to wear the same expensive slippers with this outfit. 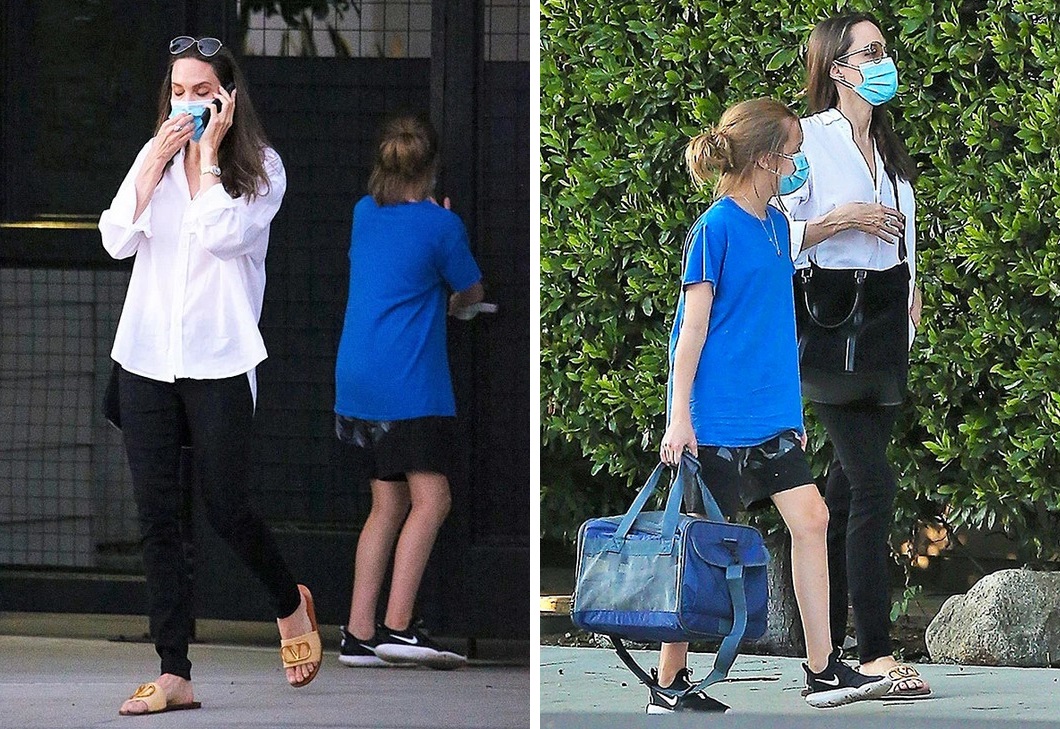 In a recent interview with E Online, Angelina said that during the pandemic, the house is full once again. How does she manage the chaos?

"You know, I've never been one who valued relaxation," said Angelina, adding that she likes chaos. "I've been on high level meetings where there's dogs and balls and kids and things," she recalled. "You kind of just enjoy being human with everybody else and laughing through it."

However, to help her kids find some stability through the entire chaos, she does make them schedules, but the actress agreed that the best at organizing this is her daughter Zahara (15). Also, movie nights are awesome, she added.

"Well, we're all there. So, all six kids, my oldest son's home from Korea. Lots of popcorn and just like really every family, we're just pajamas, robes, snacks."

Toya Johnson Looks Gorgeous For Her 38th Birthday - Check Out Her Pics!