Angelina Jolie And Elle Fanning Have A Great Time On The Set Of ‘Maleficent 2’ – Check Out The Happy Pics!

Today, Elle Fanning took to social media to share with her many followers some awesome pics of her with Maleficent co-star Angelina Jolie on set. The snaps show the experienced actress in a great mood as she smiles brightly for the camera.

The talented stars were in costume for the second installment of the film and fans loved seeing the behind the scenes.

Jolie can be seen giving a peace sign as she was chilling in her white bathrobe with the iconic headgear on.

The 20-year-old Elle seemed just as excited to be working with Angelina again as she also flashed a huge smile.

‘It’s bring your mom to work day on the #Maleficent2 set!!!✌?,’ Fanning captioned one pic.

But that was not the only treat the fans got.

She also shared another snap in which Elle’s face could be seen but Angelina was hiding behind her, letting Maleficent’s horns show above the younger actress’ head. Creative!

‘Ultimate Photobomb #Maleficent2,’ Elle wrote for this one.

We are glad to see Jolie back at work where she shines the most! The actress hasn’t been in anything since her By the Sea film in 2015.

Not to mention that the Disney villain she plays is a fan favorite and many are super excited that she is reprising her titular role for the sequel.

But it looks like we might have to wait a while until the movie hits the big screen as no release date has been announced at this time.

The new film marks a positive change of pace in Jolie’s life who has been dealing with her divorce from Brad Pitt for quite some time now.

Aside from that, the actress has been spending time with their six kids and doing humanitarian work. 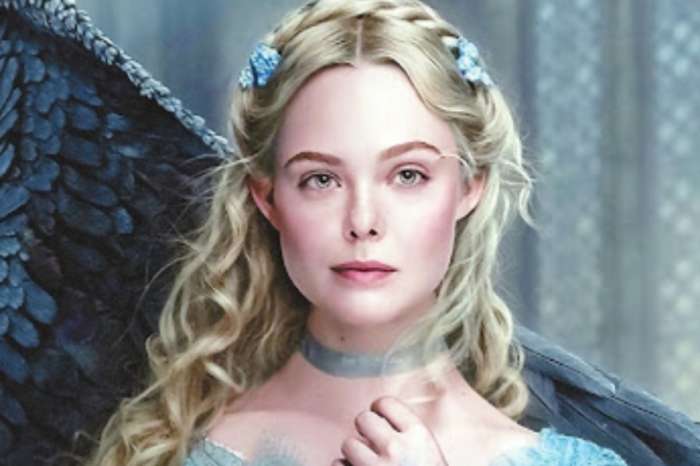