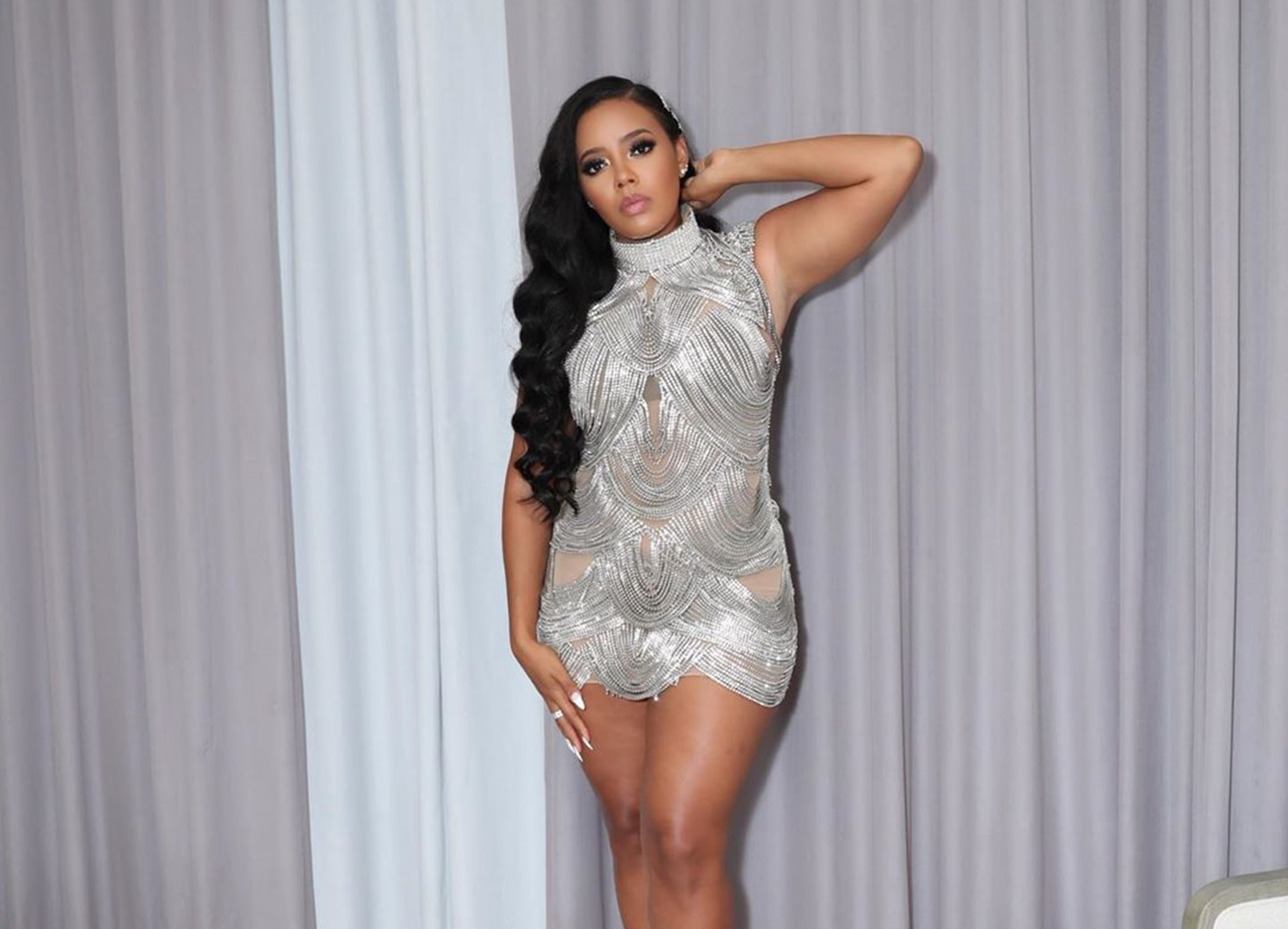 Angela Simmons knows how to captivate her fans, especially leading up to important dates like her own birthday.

And while fans have not heard much from her ever since the incident where her former boyfriend, rapper Bow Wow, was trying to get back together with her, she has apparently been moving forward in her life, raising her son and modeling bikinis for various brands.

Some of her fans have suggested that Bow Wow will probably regret not being given another chance even more now, after seeing how amazing Simmons looked in a tiny orange bikini.

The star looked sensational in one photo, gently biting her sunglasses while staring into the camera.

And while some people are already packing up for the summer and are treating the season as over, she does not seem to be having any issues of this kind, as she has been maintaining her summer spirit quite well.

Some time ago, the TV personality implied that she was going through some difficulties in her life, but did not want to clarify what they were exactly.

It’s not even my birthday!!! Countdown starts now ! #ReneeReloaded 📸: @ted_joseph

Her fans started speculating on all sorts of possible reasons, but in the end, Simmons made it clear that she did not want to reveal the exact specifics of what she was going through.

Some of her followers are still wondering about that episode, judging by comments on social media, but it will likely be a while before s?upporters learn the truth — if it ever comes out at all.

sis·ter·hood /ˈsistərˌho͝od/ Learn to pronounce noun 1. the relationship between sisters. "much of sisterhood is about sharing lipsticks" 2. an association, society, or community of women linked by a common interest, religion, or trade. "the Anglicans set up Sisterhoods all over Engl #ReneeReloaded 📸 : @ted_joseph

In the meantime, Simmons has at least shown that she knows how to engage her fans.

One person brought up Bow Wow: “Girl Bow Wow is going crazy ad hell!!!
😂😂😂😂Lawd! 🤩🤩🤩 the architect on that building in the background is magnificent.”

A critic said she is doing too much: “But why, sweetie? Just a curious Mom, no judgment. Girl Angela it seems like you are trying a little too hard.”

Allow me to reintroduce myself …. Renee …. #ReneeReloaded #BnB

Another follower stated: “Girl been in a bikini on her tippy toes for five years straight we know u thick. You have a real problem showing your body off what are you gonna do when your son is in middle school, and kids are showing him pictures of you.”

This backer revealed: “DAMN…..are y’all under Kim Kardashian like this? How bout bey? Maybe even Lala Anthony. Are all of you keeping this same energy with the women in your own family? Cause like damn gets off the gas. Lol holy shit. He’ll be in a private school for rich kids pretty sure they’ll all have pics of each other’s mom.”

A fifth comment read: “Almost ain’t recognize u, honey!! Hard work pays off😍✨Lookin like a whole peach out here! 🍑Thank you for posting your natural body. I’m tired of all this Photoshop.”

Should Simmoms get back with Bow Wow?

Felicity Huffman Gets Some Prison Tips From Abby Lee Miller -- Will She Use Them To Save Her Career?