Andrew Garfield Dazzles Everyone With An On-Stage Backflip

Remember Andrew Garfield kissing Ryan Reynolds with so much passion at the Golden Globes? We do and couldn’t help wondering what he’s been up to these days.

It seems that the 33-years old actor is now in London, where he is to star in the revival of Angels in America. But is that all?

Well, Tuesday night he was seen at the Werq the World Tour lip-syncing to Whitney Houston’s “I’m Every Woman” during the shows “Wig in a Box” segment.

And considering the fact that even the night’s host, Michelle Visage, screamed an “Oh, my God” during his performance, we can surely say that Garfield killed it.

Spiderman had some moves like you’ve never seen before and guess what – he even did a backflip at the end!

Last night Andrew Garfield turned up at @RuPaul's #WerqTheWorld, lip synched to Whitney and did a jaw-dropping back flip. #rupaulsdragrace pic.twitter.com/yuHhrSB9L8

It’s relaxing to see that Andrew is keeping himself busy, although you can argue that his fun time is related to the project he’s working on, with Angels in America being a show about homosexuality and the A.I.D.S. epidemic in the 80s.

Garfield’s fans must be thrilled to learn new things about him and see him perform in between his film roles.

Again, have you seen that backflip? It’s a must!

The actor was in high demand for pictures after he arrived in the backstage. Michelle Visage captioned a photo with Andrew as well as Laverne Cox and said she was so proud of him for being so open-minded.

Garfield also took pics with a number of the show’s stars, and he seemed relaxed and happy to be there. Seeing Garfield in “action”, we can only wonder what does Tom Holland have up his sleeve? 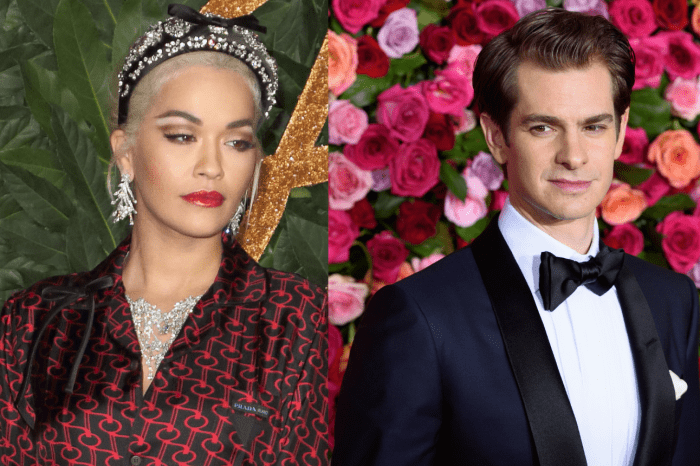 Andrew Garfield And Susie Abromeit Spotted Hanging Out Twice – Are They Dating?