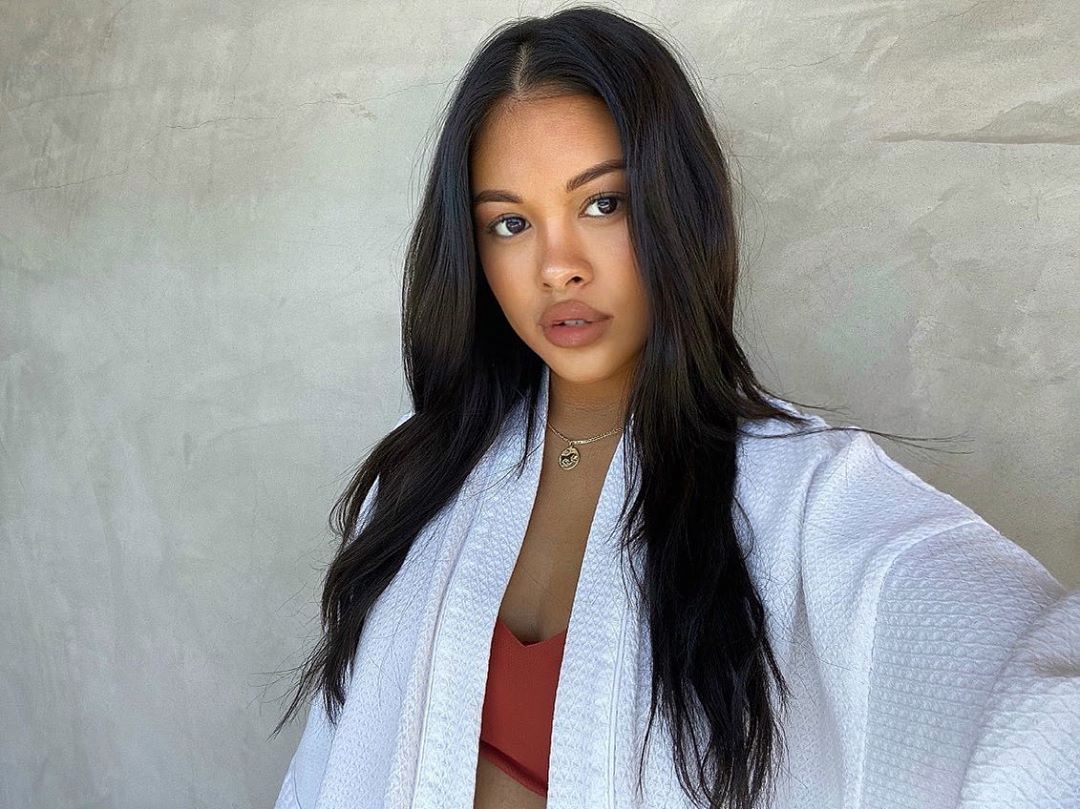 Ammika Harris took to social media to share yet another super adorable picture of her and Chris Brown’s baby boy, Aeko, and no one is mad about it! Instead, the comment section was positively invaded by people saying the two month old baby is a ‘cutie’ and that he looks a lot like his father.

Obviously, the aspiring model also thinks her son is simply perfection not worthy of humans and so, her caption reflected that: ‘ANGEL ON EARTH❤️❤️❤️❤️❤️❤️❤️🥰.’

Ammika gave birth to her first child back in November but at the rate that she shows him off on social media, it seems like baby Aeko will become an influencer like no other in no time!

And it looks like he’s already getting a following in no time!

The photo that his mother posted showed the baby in a onesie that had cartoon animals printed all over it, somehow managing to make the pic even more aww-worthy!

While the comment section was all positive and nice this time around, that is not always the case.

For instance, earlier this month, amid rumors that Chris and Ammika might be more than just co-parents, one troll argued that they ‘are not a happy family as they co-parent and do what is best to have a healthy relationship or Aeko’s best interest.’

Soon after stumbling upon the hateful comment, Ammika replied to it, writing what everyone else was also thinking: ‘Glad you know our business better than we do.’

And that was not even all! Not too long ago, one person went as far as to say that she looks ‘average’ and that Chris can do a lot better than her.