A surprise addition to Season 7 of American Horror Story has fans scratching their heads and wondering why.  Lena Dunham is the newest member to join the FX horror anthology series. News of the casting decision came straight from Ryan Murphy himself, meaning this is not a rumor and the Girls actress is joining the show.

“Thrilled that my talented friend Lena Dunham is joining the AMERICAN HORROR STORY family,” Murphy tweeted. “Always wanted to work together, and now we r!”

Thrilled that my talented friend Lena Dunham is joining the AMERICAN HORROR STORY family. Always wanted to work together, and now we r!

Lena Dunham recently wrapped up the final season of her HBO hit Girls. There’s still no information on what role she might play on American Horror Story but there have been hints that details might be shared this week at the San Diego Comic Con.

In addition to not knowing what role Dunham might play on American Horror Story, we don’t even know all the details of the plot line. Ryan Murphy did share that Season 6 of AHS would be about the recent election, giving fans more details than in recent seasons.

me: american horror story is the best show ever i am the biggest stan

On an episode of Watch What Happens Live, Ryan Murphy gave Andy Cohen details of what he has planned for the upcoming season.

“Well I don’t have a title but the season we begin shooting in June is going to be about the election we just went through, so I think that will be interesting for a lot of people,” Ryan shared.

While many fans reacted with a horror of their own at the Lena Dunham casting news, she might actually be a good choice for American Horror Story.

After all, in past seasons of the show, most of the cast members die and a horrific death for her character might be satisfying for fans.

It sounds like Lena might be headed for a horrible fate on the show right out of the gate. As quickly as we learned about the AHS casting, it was also learned that Dunham will only appear in one episode.

That should be enough to keep the American Horror Story diehards from giving up on the show. Not to mention that Lena Dunham has already tried to make amends with the fans by wishing out loud that Jessica Lange would return.

Thankfully, Sarah Paulson and Evan Peters are returning for Season 7 of American Horror Story. Joining them for the first time are Billie Lourd, Colton Haynes, and Leslie Grossman. 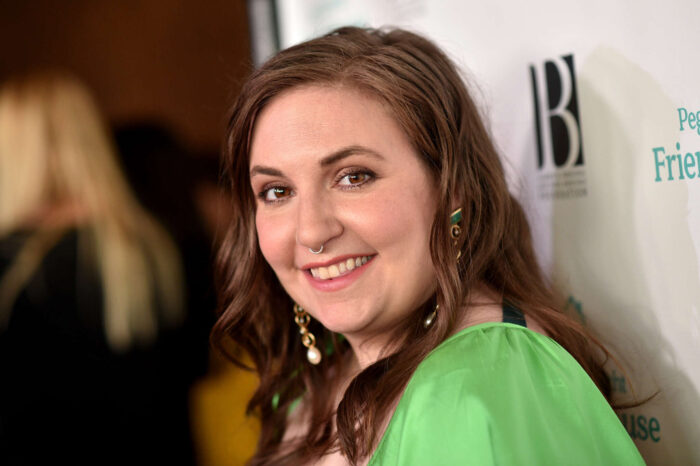 Lena Dunham Says She Wrestled With The Coronavirus In March