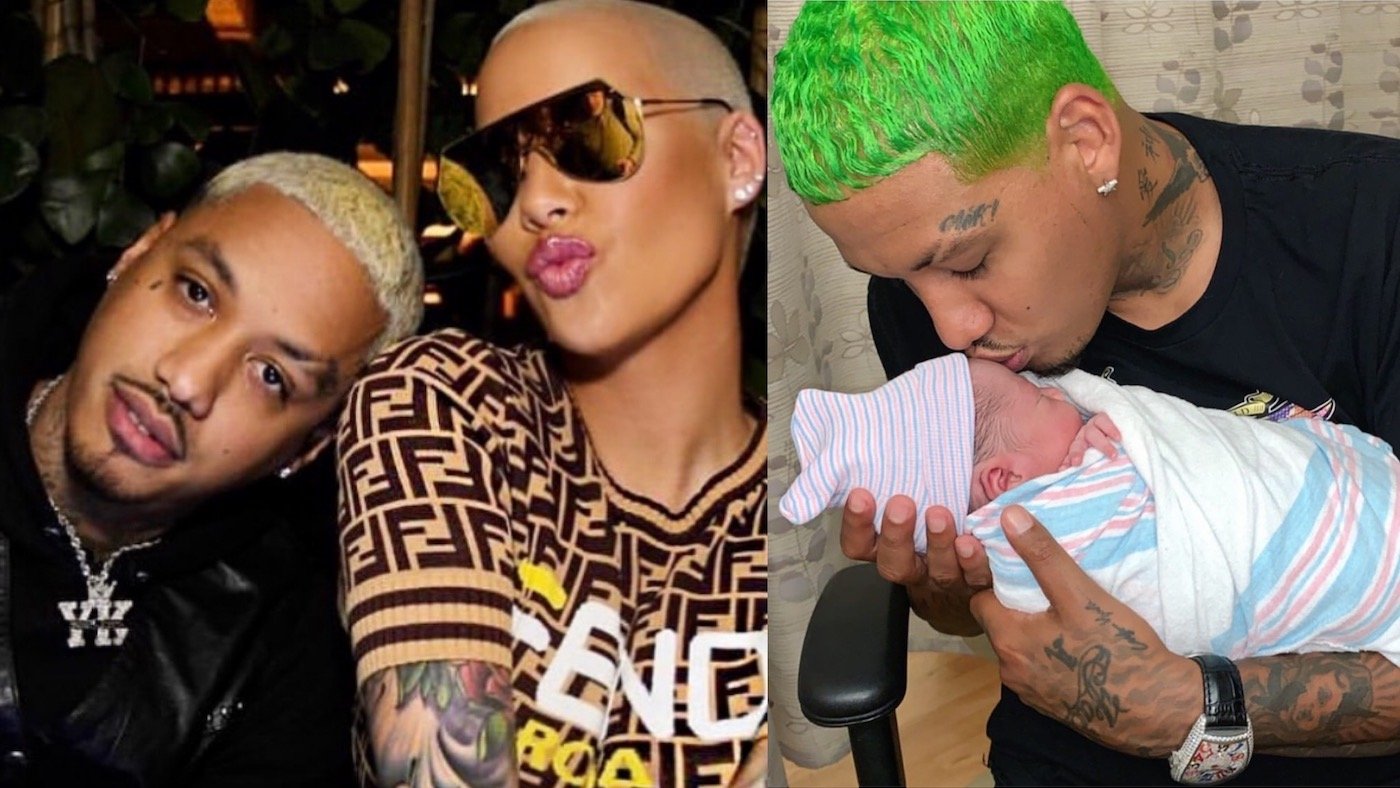 Amber Rose became a mother for the second time not too long ago. She and Alexander A.E. Edwards are the parents of a boy named Slash Electric.

She posted new pics with both of her sons, and the Internet loves them.

Amber also commented on The Shade Room’s post in order to explain the name of her younger boy:

‘Slash is named after the best guitarist of all time from one of the best rock bands ever. The guitarist name is slash from guns and roses and he plays electric guitar hence why my son’s middle name is electric 🤷🏼‍♀️’ she posted.

Another commenter wrote: ‘SLASH & BASH!!!! On the next episode of: THE CHILDREN of GODD(ess) Produced by AMBER ROSE 🙏🏽🖤’

Someone else said: ‘He is so precious 😍😍😭 Amber makes some beautiful babies.’

Not too long ago, Amber made her fans laugh with some pics.

She shared a few pics on her social media account featuring herself while she was having contractions, but also her family members and even her son who were also present at the hospital.

Fans could not stop laughing in the comments.