Amber and Jim Marchese are bashing Dina Manzo and her boyfriend, David Cantin, after they were brutally attacked and beaten during a home invasion in their Holmdel, New Jersey townhouse.

Manzo’s daughter, Lexi Ioannou, has come out swinging in defense of the woman who raised her.

Fans are slamming the Marchese couple for insulting their former “Real Housewives of New Jersey” co-stars during this difficult time.

On Saturday, Manzo, 45, and Cantin, 37, arrived home at around 11 PM at were ambushed at the front by thieves.

A relative of the reality star spoke to People and explained they were brutally assaulted. Cantin was hit with a baseball bat, while Dina was punched in the face and head.

The pair was gagged and placed in a room as the robbers fled with an undisclosed amount of money and jewelry.

Shocked and shaken by the event, the couple has reported the crime to the authorities and left New Jersey.

They are currently in California trying to get back to a normal life.

Jim Marchese had no kinds words for Manzo – instead, he called her evil.

See my love @AmberNMarchese nothing good ever comes of #RHONJ as I said that show is #evil and in the end the devil comes for his dues… https://t.co/p04dlPQxEc

Dina’s daughter, Lexi, gave him a piece of his mind.

She tweeted: “You are a filthy human being. Grow a heart & have some compassion. Keep your arrogance to yourself.”

Mr. Marchese hit back with the following response: “No idea what you are talking about, read my tweet again. But will say they were as*holes to my family, so I do not have empathy.”

He went on to more or less say Manzo is lying about the robbery.

He wrote: “You think a small town as wealthy as Holmdel NJ has ever had this happen before? Think again, they were clearly the targets. Its condo complex tons of home to hit, why pick one with people at home? Also, they travel, so house is empty most of time. They were target.”

Amber joined in with this message: “Lol…no, my husband’s problem is he speaks NOTHING but the truth, no matter. People get offended by the truth. #ithurts lol.”

Fans of the show said Amber and Jim Marchese have gone too far. 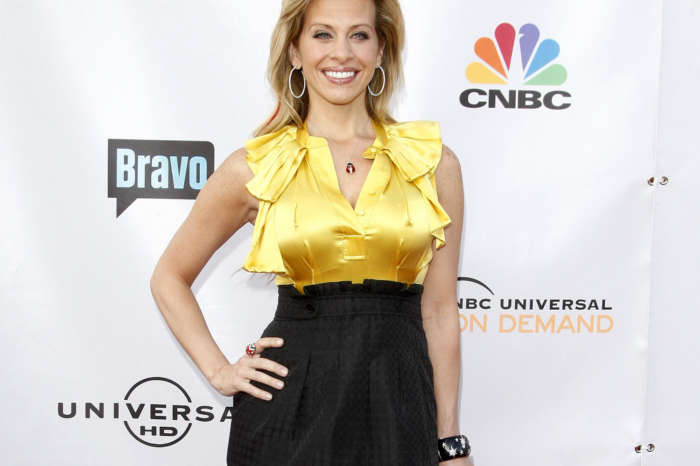 IF ONLY anyone cared what that little weasel of a man, Jim, had to say…Amber and her ABUSER of a husband are like little disgusting diseased ticks that people hate because ticks always try to attach themselves, uninvited, to people so they can suck their blood, leaving their disease….EVERYONE hates TICKS (Marchese’s)! God bless Dina and David!!!!!!!!!!

WOW!!!! People today have become so callous and cold hearted that you come for them NOW!! He could have been A REAL man if he really had something to say. Grow up ‘lil’ man, God does not like ugly and what goes around comes around, you and that sad excuse of a wife will get yours eventually. May God have mercy on your soul… ♡

Jim Marchese is an A**, just trying to keep relevant. No one wants to hear ANYTHING you or your wife have to say.