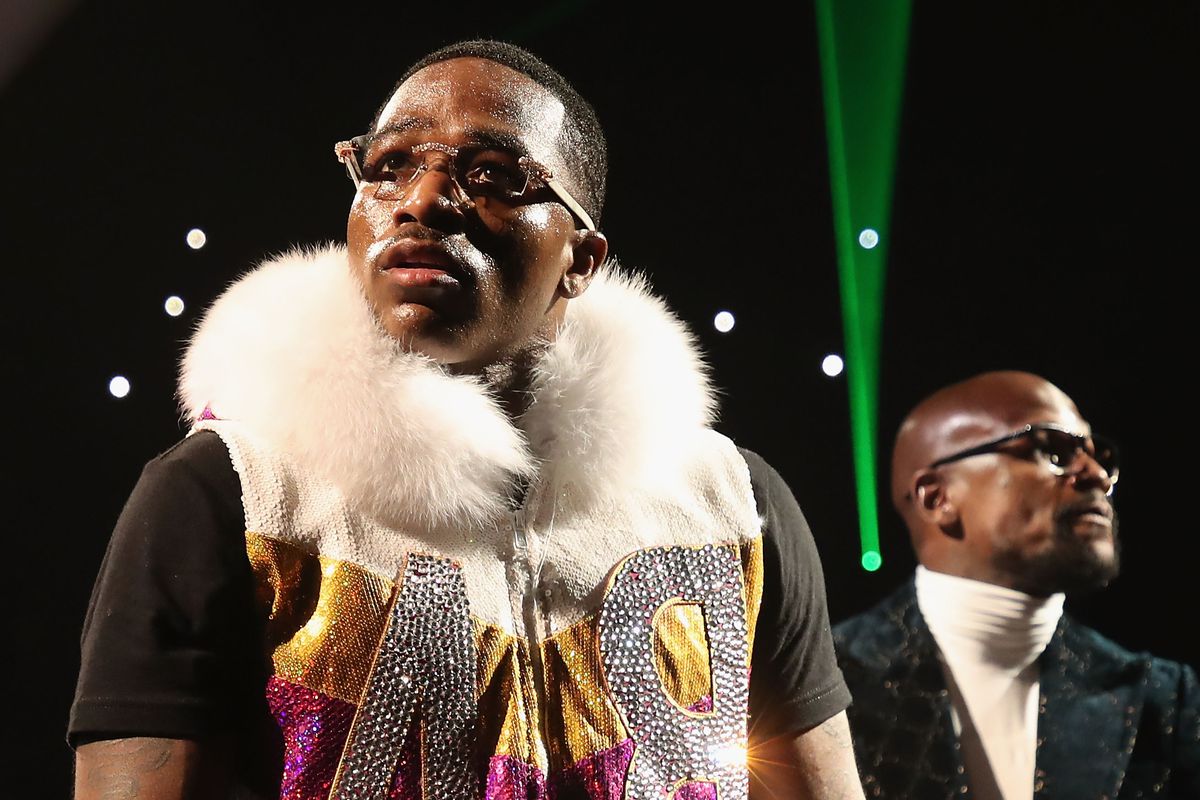 Professional boxer Adrien Broner was just arrested in Miami Beach. The Shade Room has all the details about what happened, and you can also check them out below.

‘According to @tmz_tv, Adrien was stopped around 8:45 pm local time on Friday and police believed that he was under the influence, so they arrested him for a DUI,’ TSR said.

They continued and detailed that ‘He was taken into the station and had his mug shot taken. His bond was set at $1,000, however, he is still in police custody at the moment because he is under an 8-hour hold. So he will not be able to be released from behind bars until early Saturday morning. It wasn’t too long ago Adrien found himself in trouble with authorities.’

Someone said: ‘Spring break already out of control Miami,’ and one other follower posted this: ‘He is just checking in again cause of the corona that’s all 🤦🏽‍♂️.’

One follower posted this: ‘if life is a hill and I’m at rock bottom was a person,’ and a fan said: ‘He needs a better circle around him.’

One commenter wrote: ‘Y’all ‘member that time he slid in on the cash me outside girls dms when she was like 14 😭’ and another person said that ‘he probably was down there trying to talk to all them kids 😂’

Someone else wrote: ‘Damn. Downward spiral. All that money, success, and possibilities yet he chooses to get arrested every other week. Where are the people who love him? 🤦🏾‍♀️🤦🏾‍♀️’

People did not seem too supportive in the comments, as you can tell by now. They had all kinds of criticism that they shared on social media targeting him.

Adrien Jerome Broner is an American professional boxer, and it’s also worth noting that he has held multiple world championships in four weight classes.