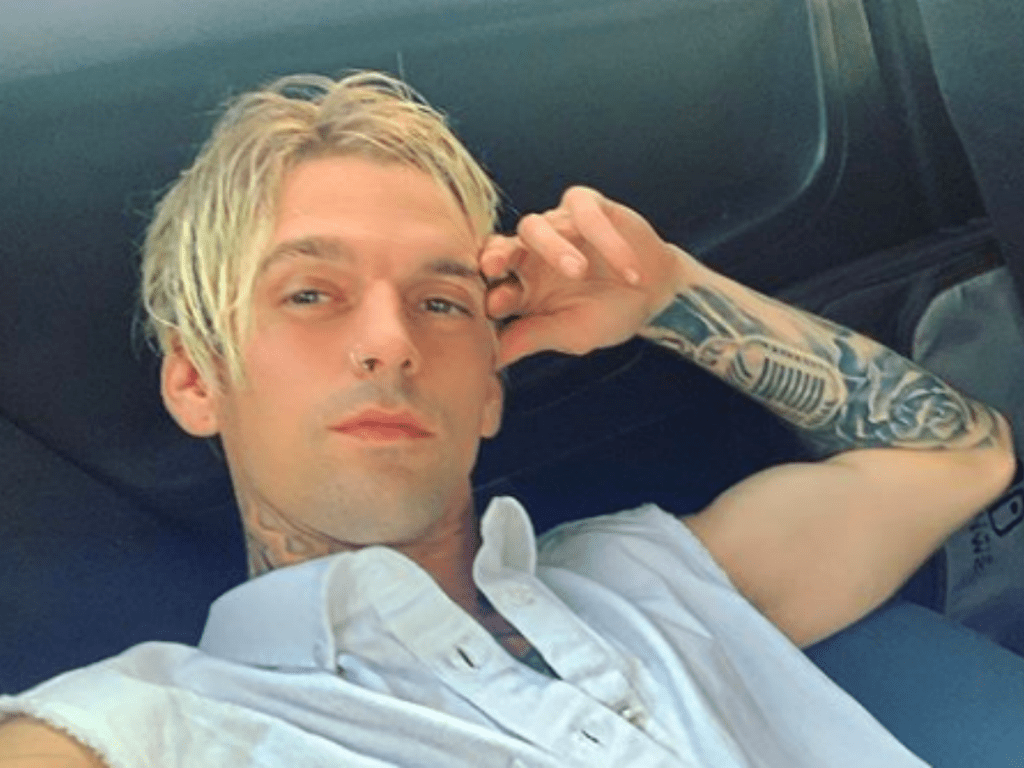 Aaron Carter has debuted a new face tattoo amid all the family drama with his brother Nick Carter and sister Angel Carter.

The singer used Instagram live-stream to show-off his new ink on Saturday. Aaron’s tattoo appears to be a Greek Mythology monster Medusa covering his jaw, cheek, cheekbone, temple, and under his eye. Medusa has snakes instead of hair, with the power to turn people into stone by merely looking at them.

Aaron has tattoo’s all over his body. The 31-year-old has proudly displayed his ink before, but this is the first time he has permanently marked his face. He did not address the new work in his Instagram Story.

Instead, he wrote “IM THE BIGGEST THING IN MUSIC RIGHT NOW. I CANT BE DENIED. FACT CHECK ME. #unstoppable #LMG #SilenceBreaker.”

It has been weeks full of family drama for the Carter clan. Concern over Aaron’s mental state caused Nick and Angel to file a restraining order against him. The singer has used social media to express his anger and frustration towards his family.

However, other people became concerned when Aaron was using Instagram live to threaten to “kill people” while holding a gun. Blogger Perez Hilton even Tweeted the video tagging the Los Angeles Police Department.

“I’m doing just fine. I ask you repent my and leave me alone. I already have to move, and I don’t need to be under scrutiny with every decision I make. I will take the necessary precautions to protect myself, and when I move, no one will know where I live! #MissingMyMom right now,” he Tweeted on Saturday not long after debuting his new look.

Over the past few weeks, Aaron has admitted on TV that he suffers from multiple personality disorder, schizophrenia, acute anxiety, and manic depression. The former teen idol has also accused his late sister Leslie and Nick of abusing him.

Aaron Carter has a new look that has fans wondering if it has anything to do with his recent family drama. Although he did admit on Twitter, Aaron will attend the court hearing from his sister Angel’s case, but he wants no further contact with Nick.

Despite cutting Nick Carter out of his life, Aaron took to social media to make it clear he means no harm to his family.

“I do not wish harm to anyone, especially my family,” Aaron stated.

What do you think of the singer’s new face tattoo?