The Downton Abbey movie is a sure thing, but the question is if Dan Stevens will be in it. As any true fan of the series knows, Stevens left the show in 2012, and they killed off his beloved Matthew Crawley character. But, the actor has hinted that he may be reviving his role for the film.

No one thought that Stevens would reprise his role, but if you take a look at his recent Instagram post, it looks like we should have. The actor posted a pic of himself with his former co-stars Allen Leech and Michelle Dockery and captioned it, “Should Matthew have a mustache for the #DowntonAbbeyMovie? Vote below.”

The post caused Stevens’ fans to basically lose their minds over the idea of his return, with one joking that it is going to “be a zombie film. Neat!”

Should Matthew have a mustache for the #DowntonAbbeyMovie…? Vote below… ☑️ ❎

The movie became a reality when the original cast signed on to the project. Dockery, Dame Maggie Smith, and Hugh Bonneville will be coming back as Lady Mary Crawley, Countess Violet Crawley, and Earl Robert Crawley.

Brian Percival, who directed the television pilot, will also be working on the production that begins in September.

Phyllis Logan will also be reprising her role as Mrs. Hughes, and she recently joked that it had been so long since everyone read the script that they have forgotten what happens.

“I’m going to be marvelous. We’ve had a bit of emailing going on,” said Logan. “We’ve sort of forgotten. We got shown one night about a hundred years ago. But there’s a script, we’re going into production any minute now.”

Ever since the show ended on Christmas Day in 2015, the rumors have swirled that there would be a movie, and Focus Features has finally announced that the cast will be getting back together this fall.

Chairman Peter Kujawski said that fans have been waiting for the Crawley family’s next chapter since the series ended, and his company is thrilled to join an “incredible group of filmmakers, actors, and craftspeople.”

Show creator, Oscar winner Julian Fellowes, wrote the screenplay, and he will co-produce the movie with Gareth Neame and Liz Trubridge.

Also returning for the Downton Abbey movie are Elizabeth McGovern, and Joanne Froggatt. However, Lily James, who played cousin Rose, will not be part of the production. 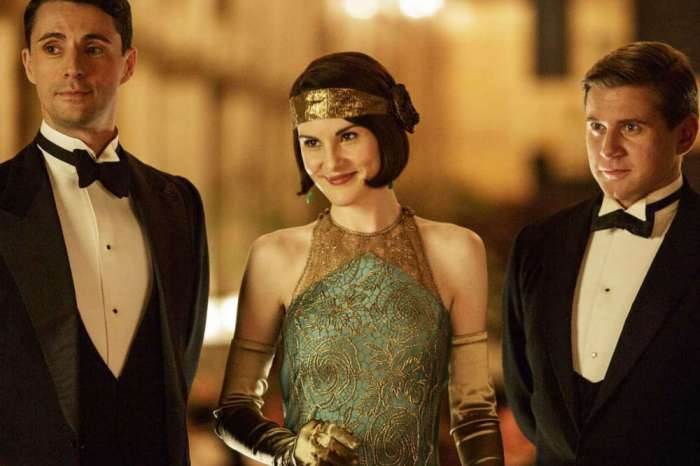