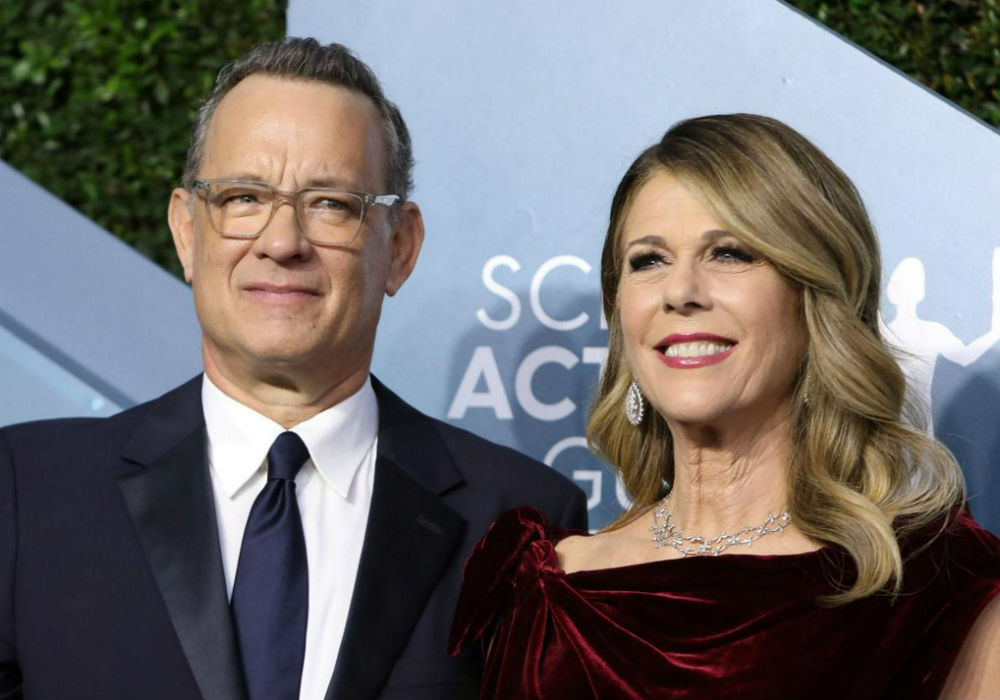 After revealing that they have tested positive to coronavirus, Tom Hanks and his wife Rita Wilson have been isolated in stable condition in an Australian hospital. At the moment, the two-time Oscar winner is the most famous person on the planet to contract COVID-19, but their son, Chet, says fans shouldn’t worry.

As the World Health Organization declared a global pandemic, Hanks revealed on social media that he and Wilson have felt tired and achy, with colds and a slight fever.

“Rita and I are down here in Australia. We felt a bit tired, like we had colds, and some body aches,” said Hanks. “Rita had some chills that came and went. Slight fevers too. To play things right, as is needed in the world right now, we were tested for the Coronavirus, and were found to be positive.”

According to Australian officials, Hanks and Wilson are undergoing treatment in a hospital in Queensland, and state Premier Annastacia Palaszczuk said that they wish the couple “a very speedy recovery.”

She added that anyone who has been in contact with Hanks and Wilson in recent days should self-quarantine, but she said that fans who have taken selfies with the actor and his wife shouldn’t panic.

The couple was in Australia because Hanks was shooting a Baz Luhrmann-directed Elvis Presley biopic where he was playing the role of Presley’s manager, Colonel Tom Parker. Warner Bros. has confirmed that the film – which was originally scheduled for release in 2021 – has suspended production.

Wilson had also performed in the country twice in recent days, with one performance at the Sydney Opera House and another in Brisbane.

Hello, folks. @ritawilson and I are down here in Australia. We felt a bit tired, like we had colds, and some body aches. Rita had some chills that came and went. Slight fevers too. To play things right, as is needed in the world right now, we were tested for the Coronavirus, and were found to be positive. Well, now. What to do next? The Medical Officials have protocols that must be followed. We Hanks’ will be tested, observed, and isolated for as long as public health and safety requires. Not much more to it than a one-day-at-a-time approach, no? We’ll keep the world posted and updated. Take care of yourselves! Hanx!

Hanks and Wilson’s son Chet posted a video on Instagram after he spoke to his parents by telephone. He said that both Hanks and Wilson were doing “fine,” and insisted the couple was “not worried.”

“It’s true my parents got coronavirus. Crazy,” explained Chet. “They’re both down in Australia right now because my dad was shooting a movie down there, but I just got off the phone with them. They both are fine. They’re not even that sick. They’re not worried about it.”

Chet Hanks said that his parents aren’t “tripping,” but they are obviously going through the necessary health precautions and there isn’t much to worry about. He also thanked fans for their concern and added that everything is “gonna be alright.”

According to the World Health Organization, most people recover from the coronavirus, with mild cases taking two weeks and severe cases taking as much as six weeks.

Tiny Harris' Daughter, Zonnique Pullins, Reveals The Main Reason For Which Fans Can See Her On Instagram